When to call it quits

When to call it quits 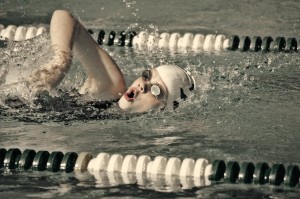 It’s one of those tough parenting calls — when to let your child quit an activity. How do you know when you should make him stick it out or when it’s ok to let him quit?

I’ve let my kids quit things. Am I teaching them to be quitters? I don’t think so. In fact, quite the opposite.

My first experience with quitting was when I was an inexperienced rookie mom. I signed up my 2-year old for a Mommy and Me dance class. Every week, he spent most of the class sobbing under a table. Looking back, I realize what torture it was for him. He was a shy, timid, hypersensitive toddler. He hated everything about that dance class. The big room, the loud music, the unfamiliar kids. And I went back, week after week, as he grew more and more resistant and uncomfortable because I didn’t want to teach him to be a quitter.

Until the last week. For some reason, I had an epiphany. We skipped the last dance class. We stayed home and did puzzles. Instead of teaching him to be a quitter, I taught him that I understood his personality.

The second time I let one of my kids quit something was when my 5-year old daughter joined a gymnastics team. She practiced 3 times a week for 90 minutes, which I thought was excessive. They spent most of the 90 minutes on the floor stretching. After one of the practices, the coach came out of the gym and said to the waiting parents, “Do they hate me yet? Because I’m not doing my job if they don’t hate me.”

That was the last day my daughter was on the gymnastics team. She wasn’t enjoying it, it wasn’t age appropriate and there was no way in hell I was going to let my 5-year old spend hours of her week with a coach who was trying to get her team to hate her.

Instead of teaching her to be a quitter, I taught her that a good coach is not someone you grow to hate, but someone you look up to.

Years later, that same kid signed up for a swim team. From the very first practice, she complained about how one of the coaches talked to her. I told her to be tough and not take him too seriously. I didn’t want her to be a quitter. Then one day she came home from practice in tears. She told me things this coach had said to her that made my blood boil.

And so we quit.

And I taught her that I have her back. I’m not going to let anyone bully or humiliate her.

In case you’re worried, I’ve made my kids stick it out through plenty of other activities. Ones that were boring, hard, or inconveniently scheduled. There is certainly a valuable lesson to be learned about not being a quitter, being there when your team needs you, and following through.

But there are times when the lesson is so much bigger than that. And sometimes the only way to teach that bigger lesson is to be a quitter.