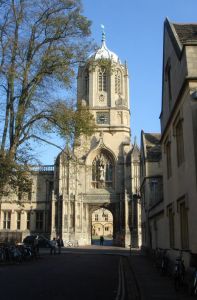 Last weekend, Rick Santorum called President Barack Obama a snob for wanting every American to have the opportunity to go to college.

For a little context here, Rick Santorum has an undergraduate degree from Penn State University, an M.B.A. from the University of Pittsburgh, and a law degree from Dickinson School of Law. He’s the son of Dr. Aldo Santorum, Ph.D., a clinical psychologist, and Catherine Santorum, a nurse with both an undergraduate and graduate degree. He met his wife, Karen, already a neonatal nurse, while they were both in law school. And he’s the proud parent of a University of Dallas student.

Surely, not everyone needs to go to college. But overall, American parents feel that college is important. Ninety-four percent of parents say they expect their child to attend college, however, most high school graduates in this country still do not graduate from college. (Primarily because of financial reasons.)

In the meantime, other countries are rapidly outpacing our educational systems. Education Secretary Arne Duncan said “a host of developed nations are out-educating us. [T]he United States needs to urgently accelerate student learning to try to remain competitive in the knowledge economy of the 21st century, Americans need to wake up to this educational reality, instead of napping at the wheel while emerging competitors prepare their students for economic leadership.”

My husband and I have four degrees between us, yet we are far from snobs. We spent a lot of hard-earned money on education. We work even harder hard to contribute to 529 plans for our four kids that won’t even come close to covering the cost of college. I am in favor of any proposal that makes educating our children easier, more affordable and more attainable.