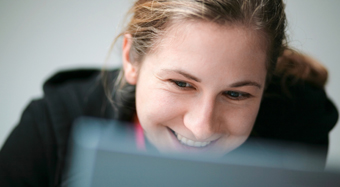 When employees returned to their office computers the Monday after Thanksgiving the first thing on their minds may not have been the bulging email inboxes awaiting them, but the Cyber Monday deals that were a few keystrokes away.  Reston, Va.-based digital marketing intelligence firm comScore, Inc. reported that Cyber Monday 2011 was the biggest online spending day in history and the second to pass the billion dollar mark.  Half of the money spent online in the US came from work computers.  Shoppers spent $1.25 billion dollars online, an increase of 22 percent over last year.  Forget Facebook — this week’s work distraction wasn’t social media, it was bargains!

Despite protests to “Respect the Bird” and ignore retailers’ attempts to push up the deadline for Christmas gift buying, shoppers clearly couldn’t resist the temptation of aggressive doorbuster sales.  Black Friday — which has now extended from just one day to “Black Friday weekend” starting late Thanksgiving evening and extending through Sunday, saw an estimated 226 million shoppers in stores and online according to the National Retail Federation.  The trade association estimated the weekend spending totaled $52.4 billion.

With such favorable results already, will retailers continue with aggressive marketing between now and the end of the year to see how much more they can squeeze out of of shoppers?  Or will they be content with early returns?  This week’s newspaper and email ads will surely let us know.

J.J. Newby will not confess to being a part of the billion dollar spending spree of Cyber Monday.  But you can find out when she’s naughty or nice by reading her blog Caffeine and a Prayer or following her on Twitter (@caffandaprayer) or Facebook (www.facebook.com/caffeineandaprayer).  Photo credit:  Microsoft Office Clip Art.