The Best Movies & Performances of 2011

The Best Movies & Performances of 2011 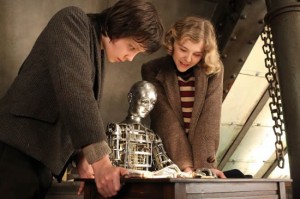 As a professional movie reviewer, I belong to the Washington Area Film Critics Association

(WAFCA). Every year, we screen hundreds of films together at area movie theaters like the Mazza Gallerie in DC, the Majestic in Silver Spring, and the AMC at the Tyson’s Mall. Sometimes dinner is popcorn and a Diet Coke. Often we stay past the credits to discuss the movie’s merits (or a particular actor’s awesomeness, like Michael Fassbender, Viola Davis, or Ryan Gosling).

After 11-and-a-half months of deliberation, we finally get to pick our favorites films and performances of the year. It’s not always an easy task, and there is usually a healthy amount of debate (or in the case of “Shame” or “The Tree of Life,” polarization), but we always come up with an interesting list.

THE 2011 WAFCA AWARD WINNERS (with my comments in italics):

Best Film:
“The Artist” (A silent movie about making silent movies, and it’s just such a beautifully made and acted film)

Best Actor:
George Clooney (“The Descendants”) (Clooney amazes by playing a cuckolded husband under extraordinary pressure. Plus, the movie’s like a love letter to Hawaii.)

Best Actress:
Michelle Williams (“My Week with Marilyn”) (Who would’ve thought the “Dawson’s Creek” star would grow into one of the finest actresses of her generation?)

Best Supporting Actor:
Albert Brooks (“Drive”) (This movie is not for everyone, but I thought it was fabulous, despite the violence. Brooks totally plays against type here — and he’s surprisingly badass!)

Best Supporting Actress:
Octavia Spencer (“The Help”) (Seriously, she was amazing, and the role — in the BOOK — was inspired by her, because she’s a personal friend of the author’s)

Best Acting Ensemble:
“Bridesmaids” (I’m so excited about this one, because it’s an awesome collection of female comedians)

Best Original Screenplay:
Will Reiser (“50/50”) (One of the few good movies of the year I haven’t seen!)

Best Animated Feature:
“Rango” by Gore Verbinksi (Not your average animated movie; it might be too slow for young kids, but it’s amazing and philosophical and sophisticated.)

Best Foreign Language Film:
“The Skin I Live In” by Pedro Almodovar

Best Cinematography:
Emmanuel Lubezki (“The Tree of Life”) (Sadly, I never saw it!)

Best Score:
Ludovic Bource (“The Artist”) (It’s a silent movie, so the score basically IS the movie)

When she’s not going to movies, Sandie blogs about Young Adult literature at Teen Lit Rocks and occasionally about herself at Urban Mama.