SIX the Musical at the National Theatre

SIX the Musical at the National Theatre 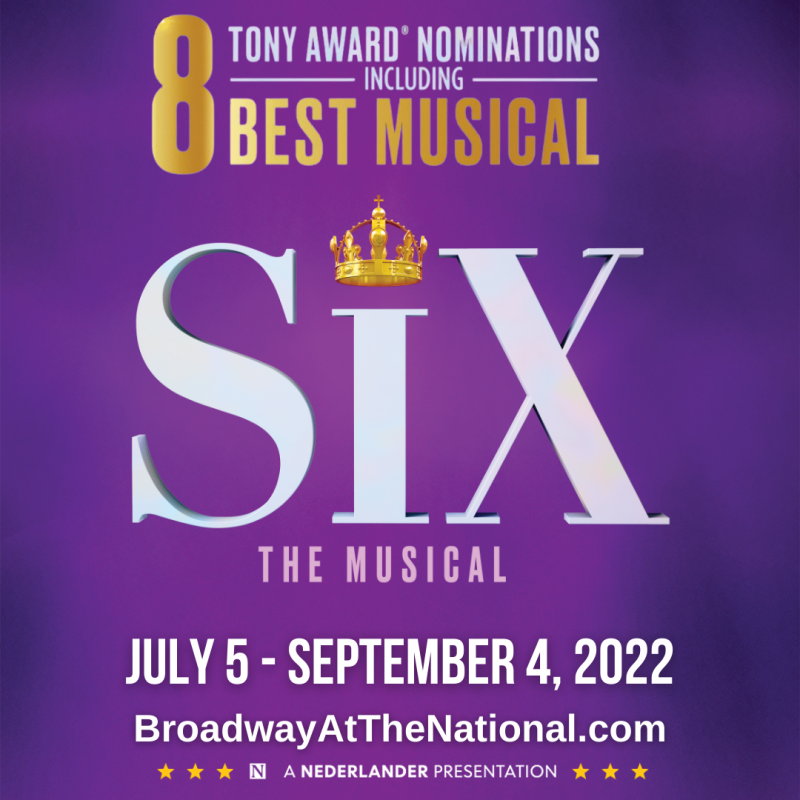 If you saw this year’s Tonys, you’re ready to see Six The Musical! The Tony-winning musical celebrates the wives of infamous King Henry VIII. The Washington Post hails SIX as “Exactly the kind of energizing, inspirational illumination this town aches for! The Broadway season got supercharged!” Coming to Broadway at the National for a limited engagement July 5 – September 4!

Divorced, beheaded, died, divorced, beheaded, survived. From Tudor Queens to Pop Princesses, the six wives of Henry VIII take the mic to reclaim their identities out of the shadow of their infamous spouse—remixing five hundred years of historical heartbreak into an exuberant celebration of 21st century girl power. The female cast are backed by an all-female band, the “Ladies in Waiting.”

Check out a montage from the show:

Tickets can be purchased here! For more about the show, check out the Broadway at the National’s website. Note: SIX opens July 5, 2022, and is a theatrical event recommended ages 10 and up. Children under 4 are not permitted in the theatre but Don’t Lose Ur Head; we love our Queens of all ages! The show runs approximately 80 minutes with no intermission.