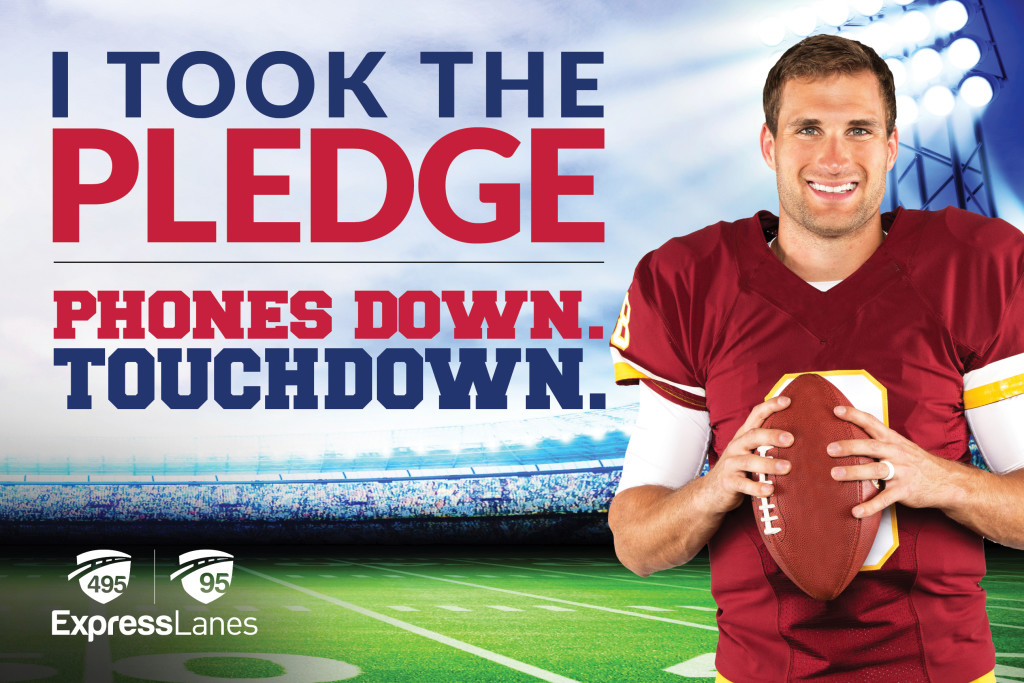 Here’s two statistics to consider the next time your phone lights up with an incoming text when you’re zooming down the Beltway.  First, 77% of young adult drivers say they’re “very to somewhat confident” that they can safely drive and text. But when texting behind the wheel, drivers take their eyes off the road for an average of five seconds. At 55 miles an hour, that’s like covering the length of a football field blindfolded.  And it’s even worse on the highways in the DC area, where 55 mph is reserved for one-eyed grandmas in two-cylinder cars merging on uphill on-ramps, and slowdowns in traffic strike as suddenly and frequently as lightening in a summer thunderstorm.

Anxious to debunk the myth that “I can drive fine while texting,” especially on area roads, Redskins quarterback Kirk Cousins has teamed up with company that maintains the Beltway and I-95 express lanes in Virginia to urge drivers to pledge to give up texting and driving.

Cousins has pledged not to text while driving, and Redskins fans, non-football watchers, and even Dallas Cowboy fans are encouraged to join him. Transurban, the company that built and maintains more than 40 miles of congestion-reduced express lanes in Northern Virginia, has joined with Cousins, the Virginia Department of Transportation, and others to create the website PhonesDown. Touchdown. That site includes a pledge to not drive distracted. Everyone who enters their name to take the pledge and shares the social media image and #PhonesDownTouchdown on Facebook, Twitter or Instagram will be entered to win a month of free travel on the 495 and 95 Express Lanes. Winners will be chosen once a week until the end of January. 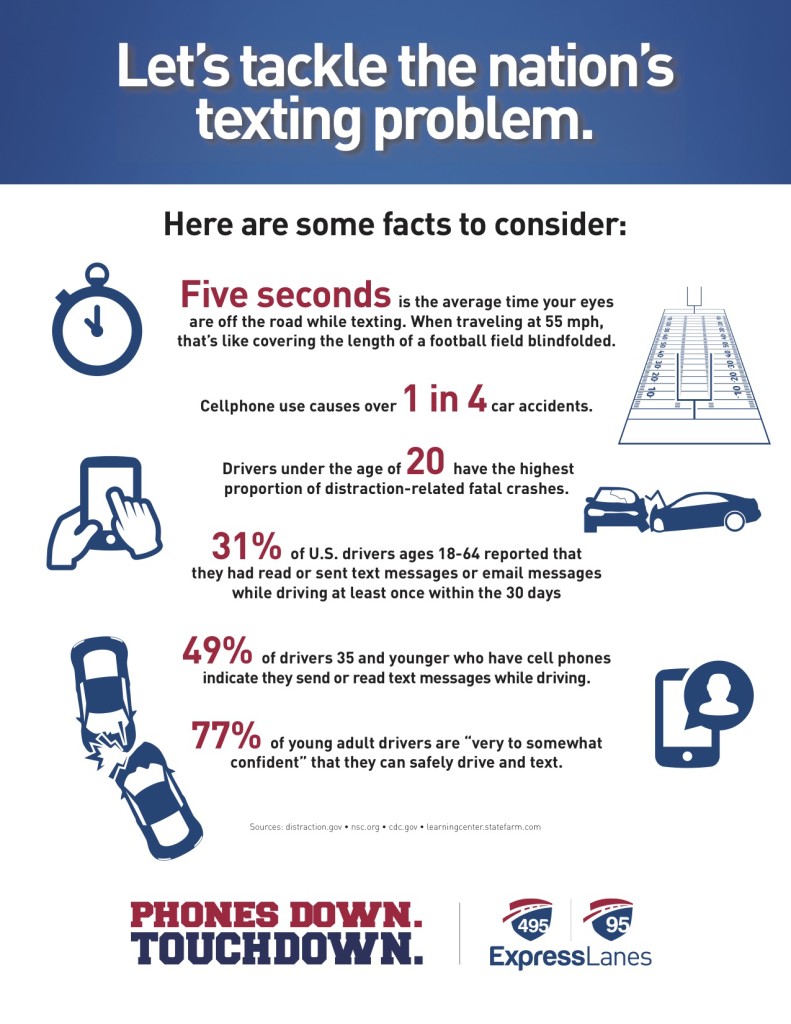 The #PhonesDownTouchdown campaign is particularly hoping to convince younger drivers to break any texting-while-driving habits.  According to the National Highway Traffic Safety Administration, ten percent of all drivers 15 to 19 years old involved in fatal crashes were reported as distracted at the time of the crashes. That group has the largest share of drivers who were distracted at the time of a crash. And, while drivers in their 20s make up 23 percent of drivers in all fatal crashes, but comprise 38 percent of the distracted drivers who were using cell phones in fatal crashes.  That suggests that texting and over distractions take a disproportionate toll on younger drivers — and unlike Transurban’s express lanes, that toll can’t be paid with an EZ-Pass.