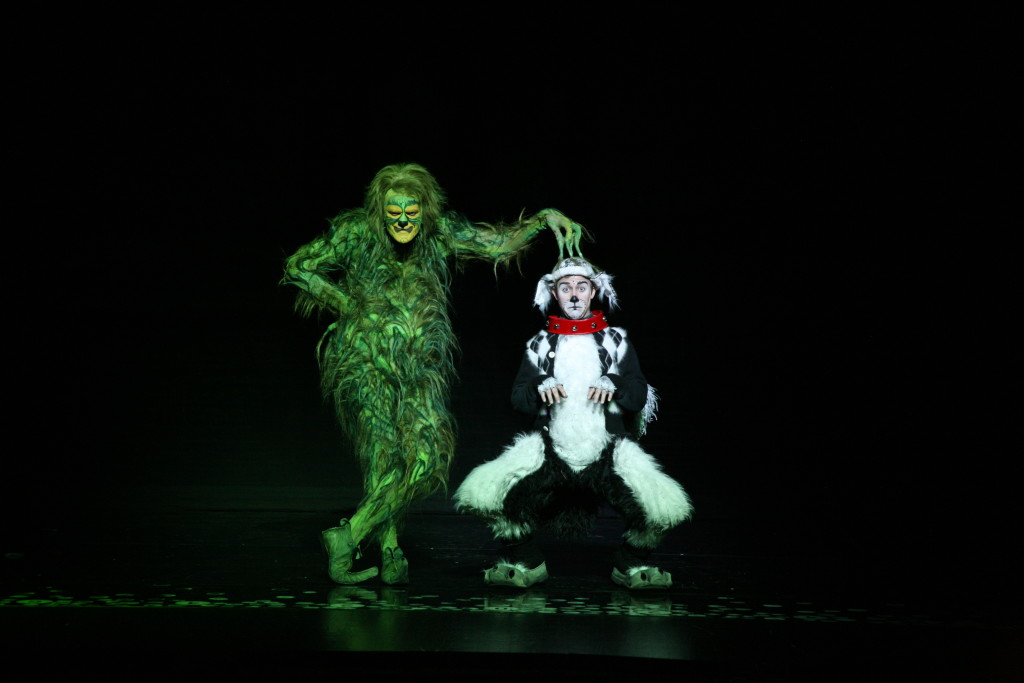 This post was written by our contributor Melissa Moore
When my family found out that Dr. Seuss’ How The Grinch Stole Christmas! The Musical was coming to The National Theatre, my kids were simply buzzing with excitement. Our family loves the Grinch! As toddlers my kids were gifted with a copy of the book as well as Grinch and Max stuffed toys; to this day the Grinch, lovingly named “Grinchy,” spends every night on my six-year-old son’s bed. Later we bought the DVDs of both the classic cartoon and the movie version this favorite story. Obviously, I was thrilled to have the opportunity to take my son to watch the show and give The DC Moms a review.

The curtain opens to Max (Bob Lauder), the Grinch’s pathetic puppy from the picture book, now aged yet so much more lively as the story’s narrator. As Max began to speak in rhyme like Dr. Seuss, a Grinch-like grin began to spread across my face and my son’s too. Yes, many of his words come directly from the book that I can recite while half asleep. Later Young Max (Andreas Wyder) joins the older version of himself on the stage and puts a smile on the face of every puppy-loving child in the audience. Instead of the somewhat depressing Max from the book, families are treated to an actor in an adorable puppy costume complete with a big bouncy tail.

The cuteness does not end there; the Whos in Whoville are absolutely charming as they sing about their love for Christmas while dancing around the set inspired by the drawings from the storybook.  The most lovable of them all, Cindy-Lou Who, teaches us all a lesson or two about Christmas during this show. As a bonus, every little girl in the audience will be able to relate to the tiny actress’ kindness and openness to the big, green, scary Grinch.

The Grinch (Phillip Bryan) is the star of the show, as expected. At first, I was a bit taken aback by the ugliness of the big, shaggy green character and his monstrously long fingers. However, by the end of the show, his transformation from a foul monster to a dancing, Christmas-loving Grinch is complete, and it was a joy to experience. I’m happy that the Grinch did indeed show us that classic smile, and my six year old son loved how the Grinch’s “heart grew three sizes that day.”

Dr. Seuss’ How The Grinch Stole Christmas! The Musical makes its Washington area premiere at National Theatre December 13 – 31, 2016. Tickets, starting at $48 plus applicable service charges, are on sale now online at www.thenationaldc.com

Watch a video about the performance: 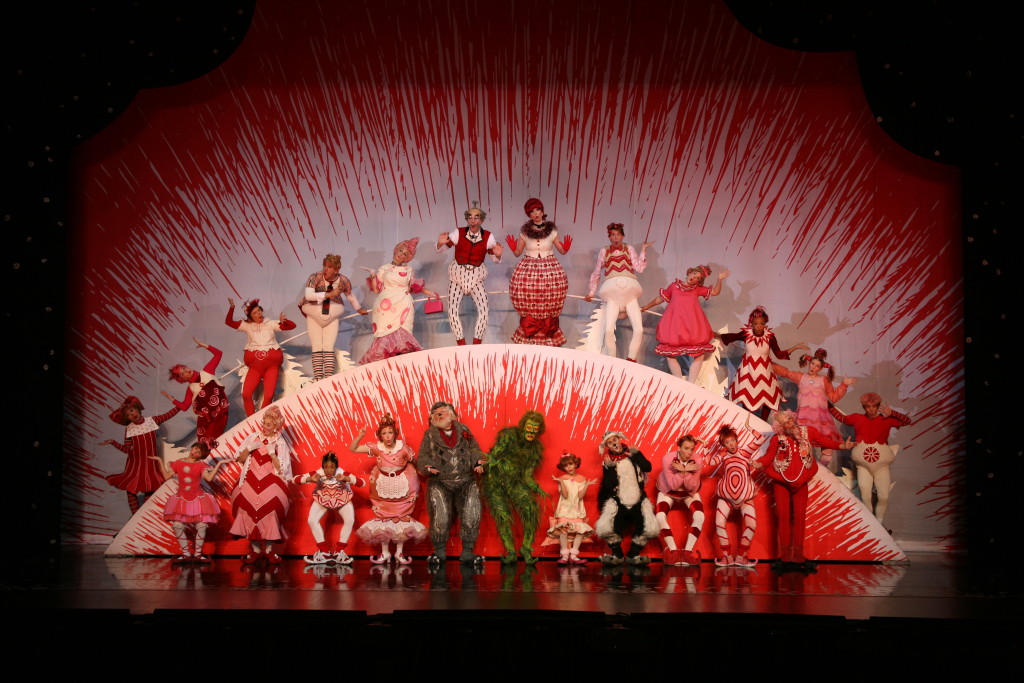