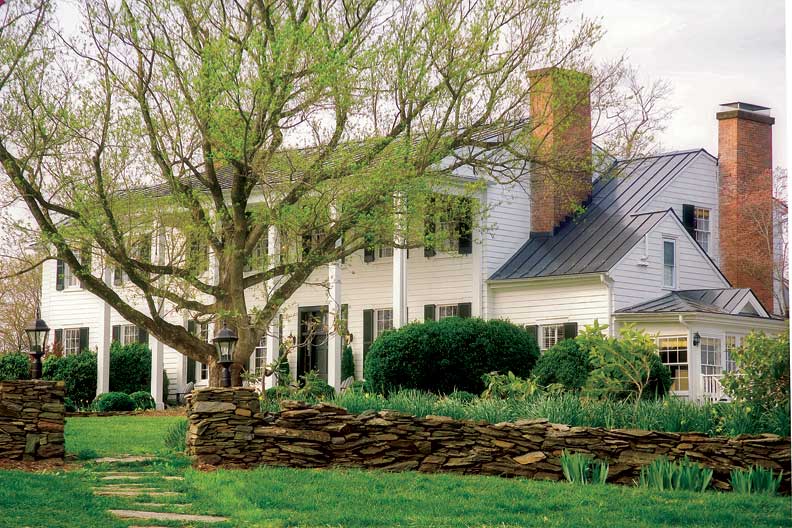 Earlier this month, my husband and I were invited to have a quick overnight at the Clifton Inn in Charlottesville, Virginia. Our accommodations and meals were complimentary, but I will note that this is not our first time there, and all opinions are our own.

This trip was magical for many reasons, but chief among them is that my husband and I first started dating in early March, 1996, so we were essentially celebrating our 20th anniversary together. Spending such a momentous occasion at the beautiful Clifton Inn was beyond fabulous. We had one of the best meals of our lives and got to do some of our favorite things as a couple: stargaze, take nature walks, sight-see, and visit a historical site (James Madison’s Montpelier). All this without worrying about the kids, who were happily back in MoCo with their best friends.

The last time we visited the Clifton Inn more than five years ago, we stayed in the Meriwether Lewis Room that’s next to but separate from the main house. It had a beautiful claw foot tub, a spacious stone shower, a queen bed, Moscioni linens and robes, Molton Brown toiletries, and a TV/DVD combo. This time, we stayed in the Monticello Suite in the main house, which was also beautifully appointed but not quite as private, since it’s on the second level of the Inn and shares a floor with other suites.

The Monticello Suite was large and lovely, with a queen four-poster bed, a sitting area with a gorgeous desk, a pull-out sofa, a wingback chair, and a large trunk coffee table. I immediately crashed on the sofa to read and relax. The drive had taken longer than we expected, so it was blissful to have a sitting area where we could lay low for a while before heading into the pedestrian mall in downtown Charlottesville, a must-see for anyone traveling to the area.

The bathroom was glorious — a clawfoot soaking tub and a separate multi-spray shower. We loved the complimentary water and fruit as well as the Madeira wine, which was reportedly Thomas Jefferson’s favorite drink.

The grounds are beautiful, so it’s no surprise that the Clifton Inn is one of the areas most sought after locations for weddings and other special events. In fact, the last time we were there, parts were closed for a wedding, like the lounge where tea is normally served and the verandah. The Inn was also considerably more crowded, since most of the wedding party and guests were also staying there. But this time, since we spent a Sunday night at the Inn, the space was much quieter. We even had the Chef and his staff to ourselves for our Tasting Menu in the kitchen. What’s great about the Clifton Inn’s location is that you are a quick drive away from the heart of Charlottesville, but also incredibly close to area attractions like Monticello, Ash Lawn-Highland, even Montpelier, which we visited on our way back to DC (more about that in another upcoming post!). 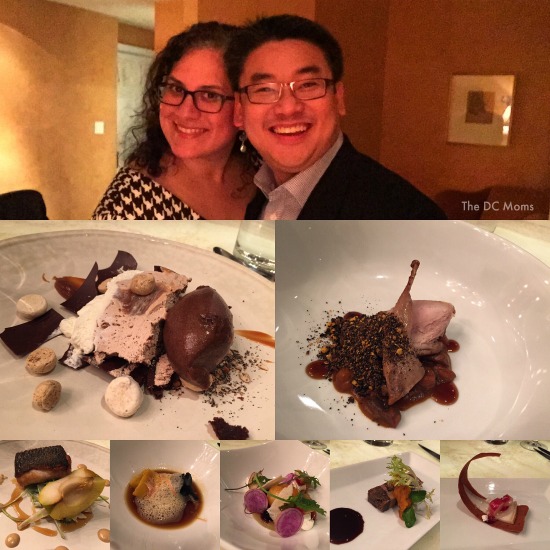 Dining at the Clifton Inn is on par with fine dining in major cities like New York, D.C., Boston, and Chicago. Even though we only stayed one night, we were able to enjoy one afternoon tea, one full breakfast, and one Chef’s Counter Tasting Menu at the Inn.

Dinner was a culinary experience on par with fine city dining in New York, Chicago, and DC. The Inn’s newest executive chef is Chef Yannick Fayolle, a young and strapping man who looks like Clark Kent with a chef’s outfit and a French accent (we eventually found out he’s a bodybuilder, hence the Superman shoulders and height!). Chef Yannick hails from the Francophone East African island nation of Mauritius. He grew up there and trained in Europe, so he’s well-versed in all kinds of international cuisine. Chef Yannick uses locally sourced ingredients for all of his dishes, and it’s clear how much he enjoys mixing up international flavors with Virginian touches.

Eating at the Chef’s Counter and getting to interact with Chef Yannick, his sous chef and assistant was a delight. And while we were chatty, you don’t have to be; they said they’ve had more introverted diners who just observe, and live full seatings where everyone talks to one another. If you’re a foodie, you’ll definitely want to experience the Chef’s Counter meal!

Things To Know Before You Go: