Dino Safari Drive-Thru Is a Family Pick for Spring

Dino Safari Drive-Thru Is a Family Pick for Spring 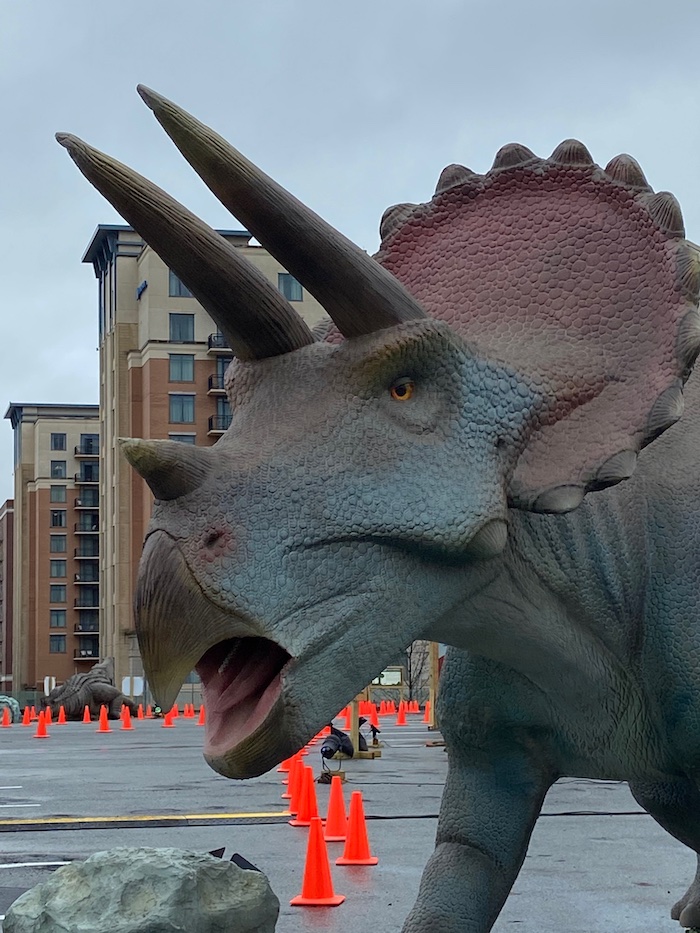 By contributor Chrissy Monta, who attended a press preview day with her 3-year-old son.

Dino Safari – A Drive Thru Adventure is just what it sounds like: over 40 life-sized, mostly animatronic dinosaurs arranged as a winding driving tour in a parking lot at National Harbor. Dubbed “Pangea National Park” — Pangea was the ancient supercontinent that eventually broke apart into the seven continents we know today — the safari is organized by continent; an audio tour provides facts about each continent and the dinosaurs found there, as well as a loose storyline accompanied by suspenseful music.

You can pull up the audio tour on your phone on the Dino Safari website; they also have QR codes throughout the event that the vehicle driver can scan to pull up each segment of the tour. Masked staff at the entrance give visitors a “Passport to Pangea,” which serves as a scavenger hunt with all the continents and various items kids can check off as they spot them; the
passport also contains a couple dino favorites for younger kiddos to color in the car. Each car also receives a “T-Rex egg,” which the audio tour explains was stolen by a Spinosaurus; kids are assigned the secret mission of returning the egg to the T-Rex’s nest (i.e., by excitedly tossing it out the car window at the prompted time). 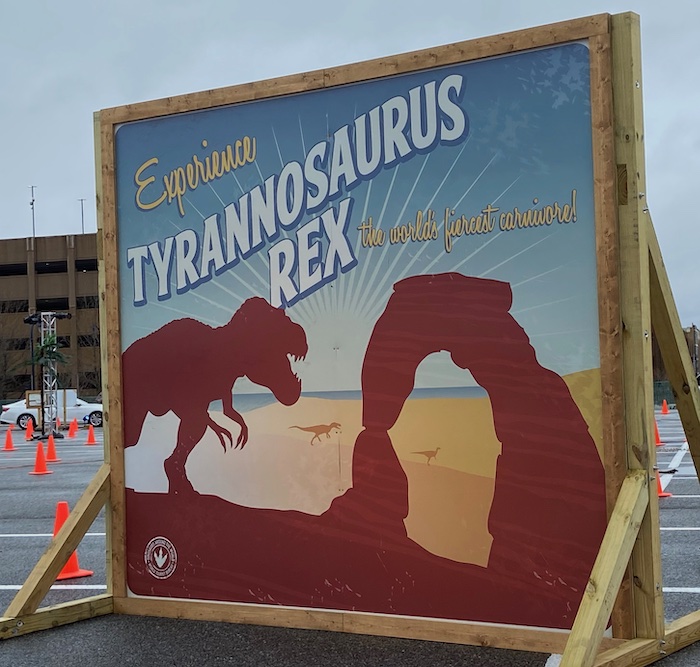 If possible, consider going after sundown, when the dinos are lit up – the park loses some of its mystique when you can see the wires and machinery. From experience, it’s also best to schedule carefully around your child’s nap time (the staff was patient for me to wait for my son to wake up before beginning the safari), so they’re ready to go when you arrive.

Whether at day or nighttime, Dino Safari is a fun, COVID-safe outing for the whole family – toddlers and preschoolers will marvel at the real-life dinos just outside their windows, while the older kids may just learn a thing or two about life in the Mesozoic Era. 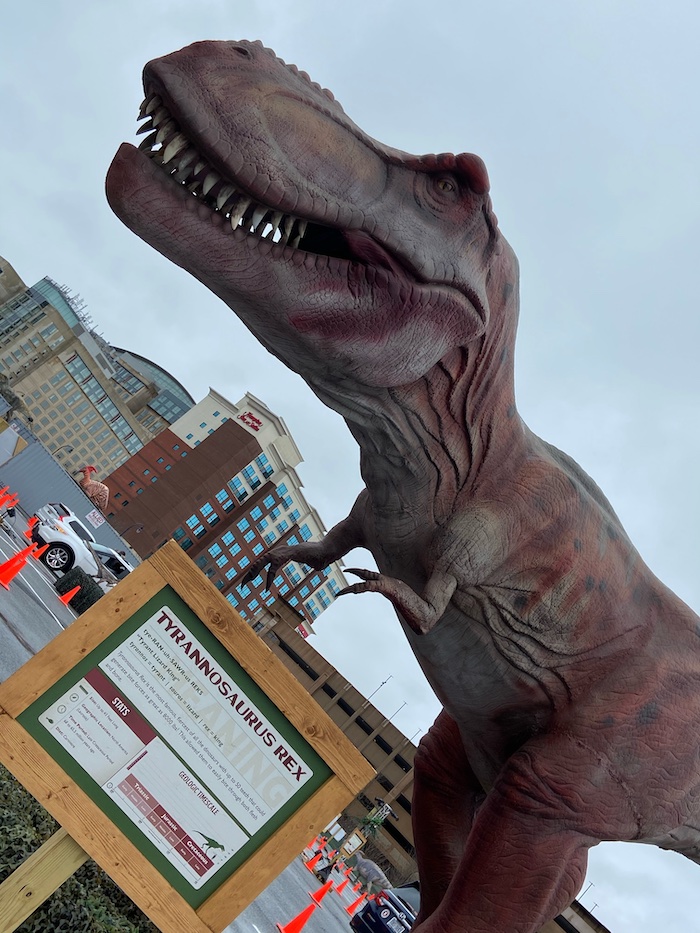 This brand new experience invites visitors to grab a prehistoric passport and take a globetrotting expedition to get an up close look at a variety of giant moving dinosaurs! See everything from the mighty T. rex of North America to the gigantic amphibious Spinosaurus from Africa from the safety of your vehicle on this adventure for the whole family!