If anyone told me the first show I’d see after tw0-plus years at home would be Monster Jam, I wouldn’t have believed them. But, times being what they are, when our family got a chance to see the show in D.C. this weekend we jumped at it. We set out for Capital One Arena on a frigid night, opting to drive in and pay for parking. At the somewhat chaotic entrance our IDs and vaccination cards were checked, and once inside ushers periodically reminded viewers around us to mask up.

The crowd consisted of lots of families with kids, though a few couples and adults-only groups were spotted as well. The show itself consisted of seven comically large trucks — you would almost swear they’re toys — and their drivers. Such favorites as Grave Digger and El Toro Loco were there, plus some lesser-knowns and the requisite female-driven truck, Whiplash. The trucks compete in contests: timed race, two wheels, doughnuts, freestyle, and a random dirtbike round with wild flips and tricks. Official judges award points for each round, but the crowd can participate too by joining a site on their phones. Clocking in at about two hours, plus a 15 minute intermission, the show is a decent length. 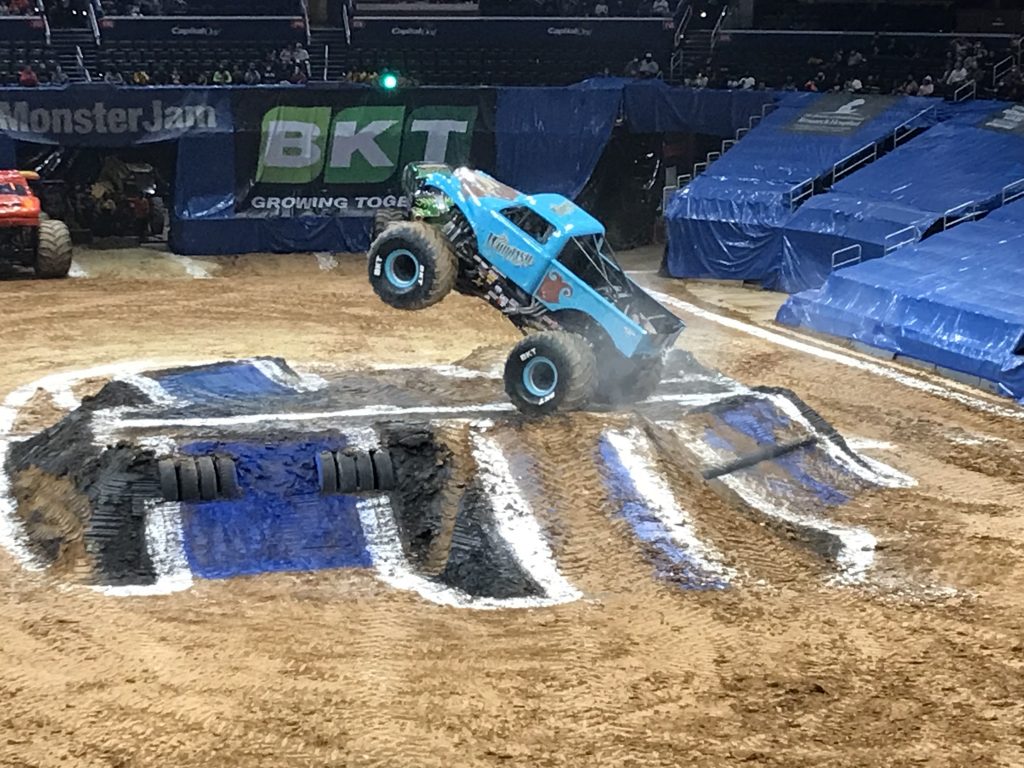 With songs like “Macho Man,” burning fuel smells, and roaring engines (ear protection is a must!) I would say Monster Jam caters to the testosterone types; the mom in front of literally on the edge of her seat, fist pumping the air cheering on her favorite, says otherwise. As the show ended and Grave Digger was crowned the overall winner (was anyone surprised?), my husband informed me we’re now in the market for a monster truck, and my hard-to-impress 16 year old declared, “that was sick!”

And so this mama is happy she went.

The DC Moms received complimentary tickets to review Monster Jam from Feld Entertainment. All opinions are the writer’s.
Jillian Diesner is an educator/school counselor and mother of two boys in the Washington D.C. area.