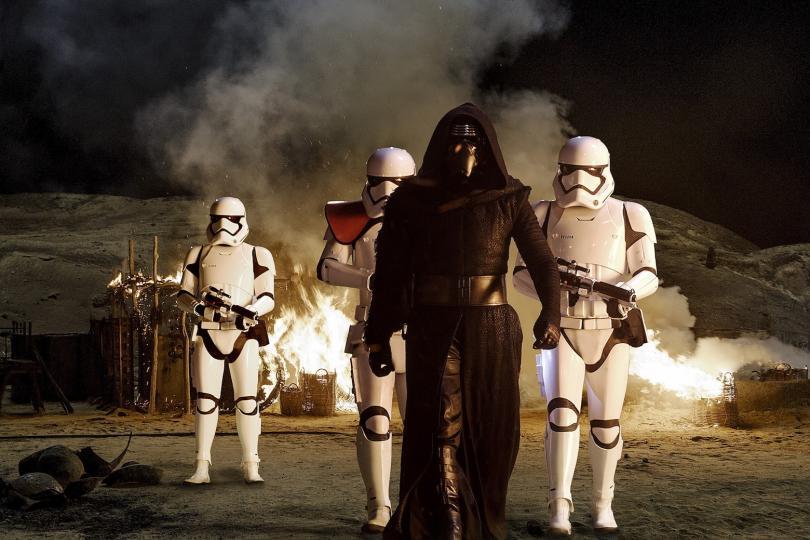 We’re a pretty geeky family when it comes to movies, which is just the way it should be, considering I write movie reviews for a living. Recently two Blu-ray DVDs came out that have been on repeat on my house: STAR WARS: THE FORCE AWAKENS and THE HUNGER GAMES collection, including MOCKINGJAY — PART 2. Both movies are part of huge franchises and easy to watch again and again, but while THE FORCE AWAKENS is fine for the entire family, THE HUNGER GAMES films are best for mature tweens and teens (think double-digit-aged).

THE FORCE AWAKENS is now the highest-grossing movie in the US of all time (not the world, because it still needs to surpass TITANIC and AVATAR), so it’s quite likely that you’ve already seen it (maybe even more than once). I know we went to see it twice in theaters, and then the DVD was played again and again starting the week it arrived, which was also our Spring Break. The reboot’s got wonderful (and diverse) new characters like Rey and Finn, all the classic characters (Leia! Han! Chewie!) strong performances, and great messages about teamwork, friendship, and sacrifice. Buy it now.

Watch a clip about casting Rey:

As for THE HUNGER GAMES, it’s one of the very best adaptations of a book series, and the final one delivers just as epically as the other film installments.  Jennifer Lawrence once again transforms into Katniss Everdeen, who must deal with the fallout of a very different Peeta (Josh Hutcherson) and her responsibilities to the rebellion against the Capitol and President Snow (Donald Sutherland). There’s a lot of action and war and tragedy in this one, but let’s face it, there’s all that in every one of these movies. If you haven’t seen all of the movies yet, get the four-film collection and binge-watch all of them! 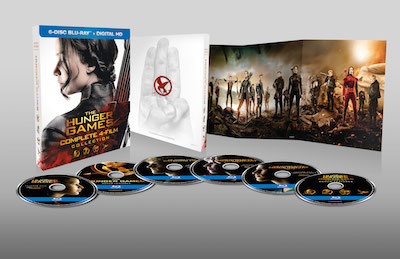 Buy the 4-Film Collection on Blu-ray

Watch a clip of Julianne Moore discussing the end of the series: