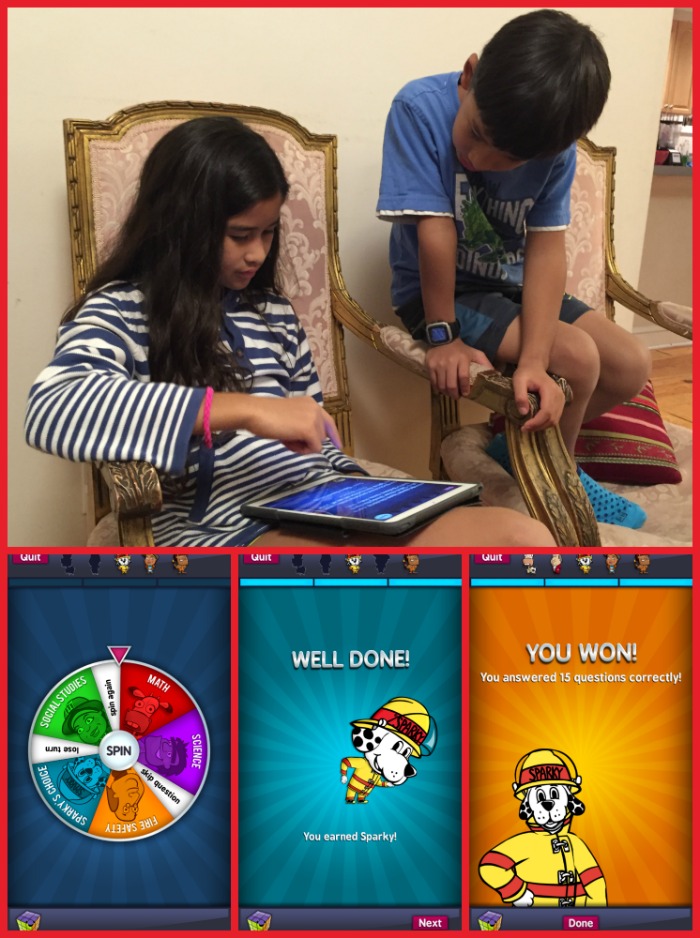 This compensated post is sponsored by the National Fire Protection Association. All opinions are my own.

It’s Fire Prevention Week, and the perfect time to discuss fire safety with your kids. The National Fire Protection Association has released a new app, Sparky’s Brain Busters, to teach kids about fire safety through a trivia game that’s fun for kids of all ages, although tweens and up (8-11) will be better suited to play the game independently.

Here’s how the game works: you can play it in either solo player or multi-player mode, but because my two kids wanted to compete, we went with multi-player. On your turn, you spin the wheel for a chance to answer trivia questions in five categories: Fire Safety (naturally, since this is the point of the app), Math, Social Studies, Science, and Sparky’s Choice (any of the categories). If you answer correctly, you keep going, and for every three questions answered correctly, you get a new character badge. If you answer incorrectly, it’s the next person’s turn, until one player gets all five character badges. 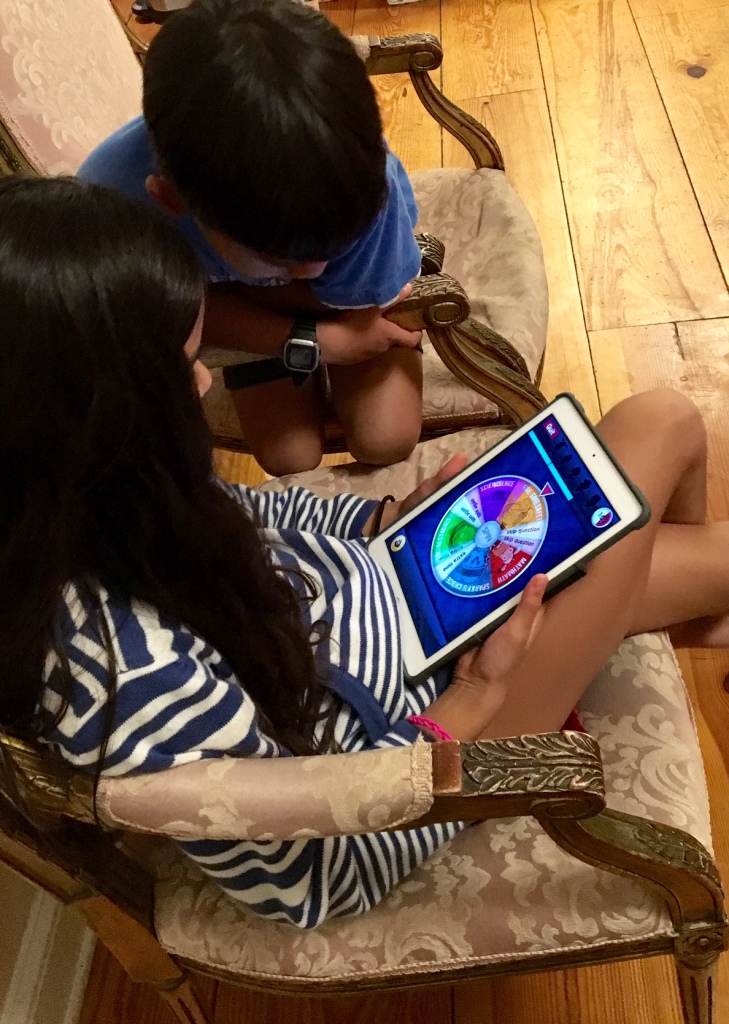 Our favorite of the character badges was Molly Williams, the first-known female firefighter, who was an African-American slave to a New York merchant associated with Oceanus Engine Company #11 in 1818, a volunteer fire company in New York City’s Lower East Side. She was so interesting, my 7-year-old son, who’s reading the “I Am: Martin Luther King” book from the school library, wanted to know if there was a similar “I AM” biography about Molly Williams (sadly, there isn’t, but she is still a fascinating historical figure). My son also loved the adorable Sparky the Fire Dog ® icon and was thrilled when Sparky announced he had won the game. My 10-year-old daughter wanted me to note that I had given him “a lot, a lot, a lot of help” and had not helped her “at all.” She went on to play the game as a solo player so she could prove her trivia prowess without her younger brother cramping her style.

Download the app on iTunes for iPhone/iPad or on Amazon for Android.

What’s great is that you could devote a little time each day this week to Fire Safety education by not only playing the new Sparky’s Brain Busters app, but also by checking out the videos and discussing the fire prevention and safety materials on Sparky School House. In particular, my kids were engrossed in the special video about the Great Chicago Fire featuring best-selling author Lauren Tarshis of Scholastic’s “I Survived” book series discussing how the Chicago Fire changed the course of fire safety in the history of the United States. I highly recommend watching the video and buying Tarshis’ book (all three of my kids have read nearly all of her books).

Parents who want in-depth resources on how to teach their kids about fire safety can download lesson plans for kids preschool through fifth grade, watch more videos, learn some catchy songs, and discuss a topic that while scary, could just save not just your child’s life but the life of another child who hasn’t learned about fire safety.

Sandie and her husband Hans enjoy playing with their three kids, ages 7, 10, 13. New York transplants to the DC area, they live in Silver Spring.