GIVEAWAY: Four Tickets to Disney On Ice 100 Years of Magic

GIVEAWAY: Four Tickets to Disney On Ice 100 Years of Magic 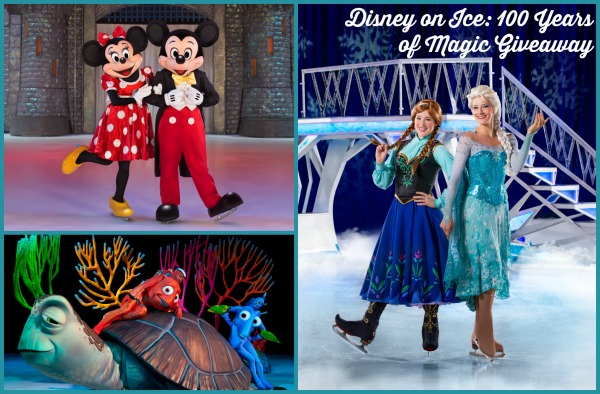 It’s that time of year again when Disney on Ice comes back to town! Here for a limited set of performances at Eagle Bank Arena (what we used to call Patriot Center) in Fairfax, this show, Disney on Ice Celebrates 100 Years of Magic is sure to enchant little ones captivated by all things Disney.

Are you ready to get your Disney on? Disney on Ice Celebrates 100 Years of Magic features Mickey himself as emcee through a series of performances from classic Disney/Pixar films. Sing along to more than 30 of your favorite Disney songs including “Leg It Go!,” “You’ve Got A Friend in Me,” and “Hakuna Matata.” Kids will get to see moment from Frozen, Toy Story, Finding Nemo, The Lion King, Beauty and the Beast, Aladdin and more reinterpreted on ice.

Here’s a sneak peek at the 100 Years of Magic show:

GIVEAWAY TIME:
To enter to win a four-pack of tickets to the opening night performance (Wednesday, October 21st at 7:00 p.m.) of Disney on Ice Celebrates 100 Years of Magic, just leave a comment telling us why your kids would love to see the show! Winner will be randomly selected and notified by Oct. 14th. If you want your tickets now, buy them at Ticketmaster. They start at only $20 per ticket.

Disclosure: My family received complimentary tickets to see the show but no compensation was received.