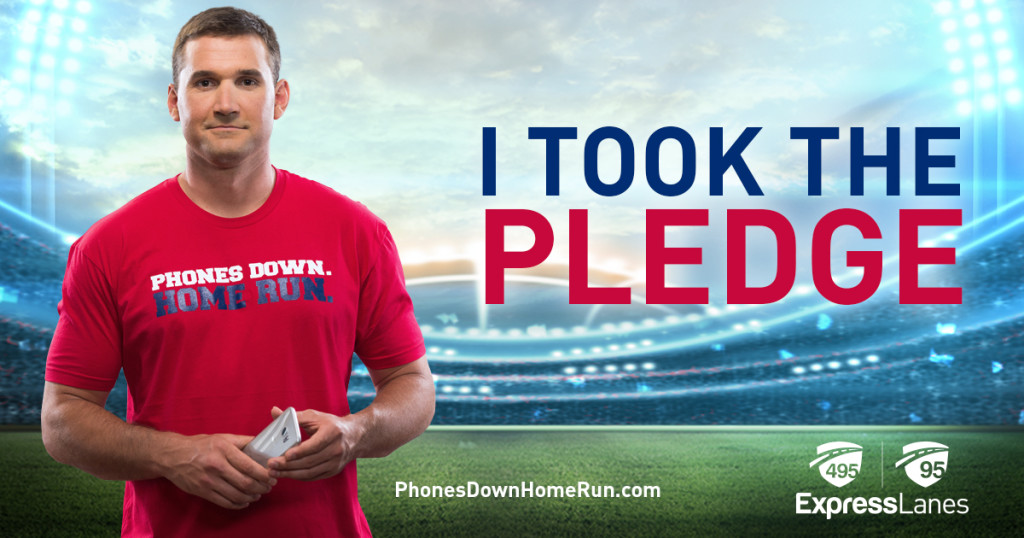 Every day in America, eight people die and 1,161 are injured in car crashes that involve a distracted driver. For younger drivers, it’s even worse: nearly 60 percent of teen crashes involve distracted drivers. For every mile on the road, drivers aged 16 to 19 are three times more likely to die in a car accident compared to drivers  20 and over. Not coincidentally, 70 percent of teens admit to using to using mobile apps while driving.  As the parent of a 15-year-old son who qualifies for a learner’s permit in six months, the issue of teen driving habits is close to the heart.

In the Washington D.C. area, where speeds on the Beltway are liable to drop from 70 to zero in a matter of seconds, for no apparent reason, at any time of the day, congestion makes texting and other distractions even more deadly.

Hoping to cut down on those grim statistics, Nationals first baseman Ryan Zimmerman has signed on as the face of “Phones Down. Home Run,” a safety campaign sponsored by Transurban, the company that operates the 495 and 95 Express Lanes in Virginia.

“No text is worth risking your safety,” Zimmerman is reminding drivers.

As part of Zimmerman’s campaign, drivers can visit Phones Down. Home Run. to take a safe-driving pledge and download a graphic featuring Zimmerman.

“With summer around the corner, it is so important that teens hear this anti-distracted driving message,” said Richard Shahan, project manager, Partners for Safe Teen Driving. “We are excited to be a part of this safe driving campaign and encourage all young motorists to take the pledge not to drive distracted.”

Join us in taking the #PhonesDownHomeRun pledge to put our PhonesDown once and for all!