Parenting Teens is a Lonely Business

Parenting Teens is a Lonely Business 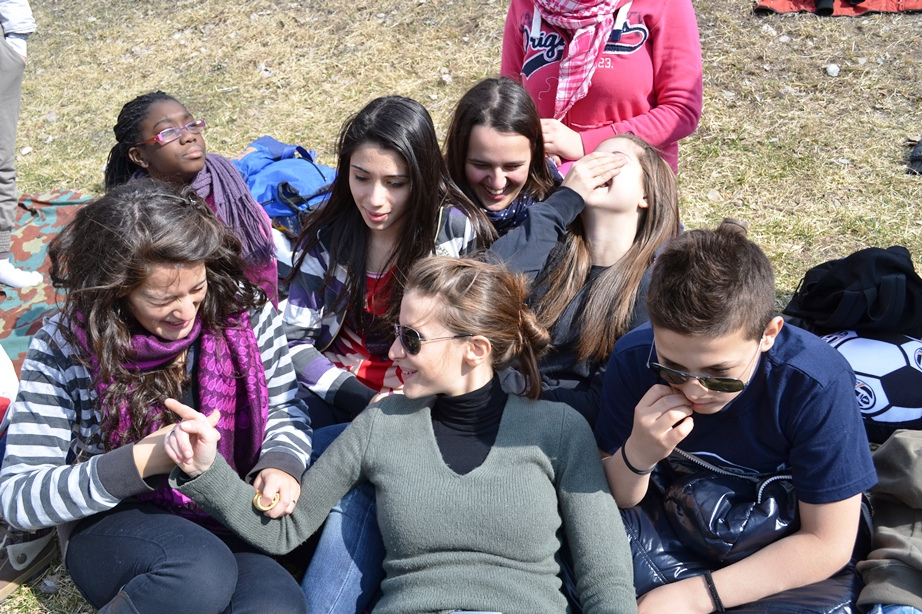 I found parenting to be a lonely vocation when my kids were toddlers and I was bound to the house by nap schedules and sheer overwhelming logistics. My world often shrunk to the size of my neighborhood block, where I walked up and down the sidewalk, pushing strollers, trikes, holding hands, drawing chalk lines.

As the kids grew older and went to school, my universe expanded to other school parents and to anywhere I could get in the 2.5 hours of a preschool morning (not far, but far enough!) and eventually to a whole 6 hour school day.

Now, I’m parenting a couple of teenagers with a few others not far behind, and many days, I feel as if my world has shrunk again, down to the size of the inside of my car. All those years I joked that I was a taxi driver were just preparation for what I do now. Not only are my kids involved in lots of activities, the older they get, the farther away I have to drive – high school and travel sports with games and practices all over the DMV, tournaments in other states, competitions in Baltimore and beyond. A few years ago, most of my driving was within a two mile radius of my house. Now, it’s more like 50 miles. I don’t have a carload of little people screaming for goldfish crackers and more water. Now, I often just have one kid, with headphones on and eyes closed, listening to music loud enough to drown out me and my NPR.

The Moms Nights Out I used to enjoy, after 7:30 when all the kids were in bed, are but a distant memory. Now, I’m often shepherding a reluctant student through Spanish homework or essay writing until long after my preferred bedtime. On weekends, they have their own social agendas that require my chauffering services – pick ups at movies, the skating rink, a school dance.

But the loneliest thing about parenting teenagers for me, is the loss of my support network. When our kids were toddlers, it was perfectly acceptable to discuss every behavior quirk, transgression or medical concern with my mom posse. Now that they’re teenagers, it’s much harder to be candid about the struggles we have as parents when talking about our near-adults. Just as when writing about my kids online, as they have gotten older, I’ve found I have less I want to say in a public forum because they deserve their privacy. The same is true when talking in-person with friends – I feel disloyal to my kids if I talk about their problems, even when I need support and advice from other parents. And I know my friends feel the same way – which creates the mistaken illusion that everyone else has perfect kids. (True fact for any of my friends who may read this: I DON’T.)

Parenting teenagers is a whole different ball game, even with the best kids. They make mistakes. They rebel. They have a false sense of invincibility. They think they know EVERYTHING. It’s hard to admit to other parents that we’re out of our league. After 15 or 16 years, you’d think we’d know what we’re doing. I can say for sure that whatever you think you know about parenting does not apply to raising teenagers. It’s like bringing home a newborn for the first time. Except they roll their eyes, talk back, sleep all day and want the keys to the car. While teens are certainly not the sum of their mistakes, the stakes are high, and it’s hard to admit, even to myself, that my kids don’t always make good choices. And sometimes, I have no idea what to do about it.

Photo by chiesadibeinasco on Flickr though an attribution license.