Grappling with Race, Culture, and Class

Grappling with Race, Culture, and Class 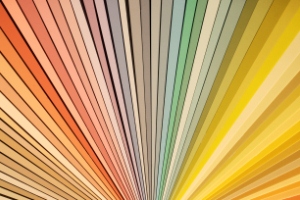 Beezus, my 7-year old, is grappling with figuring some things out these days.

For her entire life, she has never known anything different than living in a world of racial, cultural and socio-economic diversity. School, church, soccer team, the grocery store, activities, library, even our neighborhood – her entire world is racially or culturally or socio-economically diverse or a combination of the three. We have friends with multi-racial families and our pediatrician is an African-American female.  We don’t live in a fancy suburb with a school where all the children have parents with college degrees. (I took a lot of race/culture classes in graduate school and my master’s thesis was on the socio-economic disparities in attainment of higher education degrees.)

We live in a multi-cultural and diverse world.

My sister, Mr. Quimby (my husband) and I have been careful to model how we refer to people based on their skin color. For years, we only referred to people by their color of their skin when absolutely necessary and then we used it as one of many descriptors (the tall man with the blue coat and the brown skin, or the short lady with the red hat and the peach skin, for example). Beezus started using the same manner of speech around 5 or 6 years old. Before that, she never referred to skin color.  Recently, several things have happened that lead me to believe that she is trying to figure all this out in her head.

Earlier this year, she was disappointed when some children in her class didn’t have their mothers bring a special treat for the child’s birthday. When she asked why, I didn’t want to convey that we should feel sympathy or sadness for those children. I simply explained that every family does things differently, and perhaps that wasn’t part of their family celebration. I went on to explain that maybe the parents were working and that they didn’t have jobs where they could leave early or maybe they decided to spend money on different things in their family.

She is also jealous of the kids that get pulled out for ESL and asked why she couldn’t go to special English lessons too. That one was easy for her to understand since I teach ESL to adults ! She has always known that different people speak different languages in their homes, but I wasn’t sure how to explain the complex reasons why those children weren’t speaking English before they came to school. Right now, all she knows is that it is her special job to help Katherine at school because Katherine sometimes has trouble with her English.

A few months ago she told me that the only reason she couldn’t make a farting noise with her armpit was because only boys with brown skin could do that.  When I asked for clarification, it turned out that the three boys in her class who were the best at armpit farting were African-American boys.  Her opinion changed though when her Grandma showed her armpit farting skills too.  Um, thanks Mom ?

Last week, we had a conversation that brought all of this to a head.

When discussing her upcoming birthday party, I was mentioning a few of the girls in her class. She said that she didn’t want to invite anyone with brown skin. I literally felt sick to my stomach and could feel tears building up in my eyes. Where had I gone wrong ?  What had I done to raise a child who didn’t want any African-American children at her birthday party ?  I paused for a moment, knowing that this was a pivotal moment and how I responded would be important.

I carefully said, “Why ? Why don’t you want to invite anyone with brown skin ? Is it because their skin is brown or for a different reason ?”
Holding my breath while I awaited the answer.
She said, “No, it’s because they are fancy and they dress fancy and because Felice told other kids at recess that I did something wrong on my worksheet.”
I responded, “Beezus, it’s not really nice to say that you don’t want to invite someone because of the color of their skin. People aren’t different because of their skin – they are different for other reasons.”
Five year old Ramona piped in “Yeah, Abrea is my best friend and she has brown skin and I love her and I even let her be the Queen sometimes when we play family.”  Thanks Ramona !

Since then, she has referenced people’s skin color a couple other times, such as “Mom, hurry up. That browned skin man is waiting for our parking spot.” I respond, “Oh, the man in the red truck ? Okay.” I wonder if she is trying out these words in her mind to figure out the right way and the right context to use them.

I can’t help feeling like I failed in that moment. We all know that skin color does matter – it matters a lot. I wish that it was truly only a descriptor – only a physical characteristic.  But we adults know that race is often tied to power and privilege and is distributed with bias and prejudice.  I want to develop a sense of social justice in my girls and make them aware of the privilege (and the responsibility that comes along with it), but I don’t want them to feel sorry for people who don’t have that privilege and power.   I want them to develop empathy but not sympathy and I never want to convey that people with less of something are to be pitied.

In practice, I know what I believe and how/where I want to live my life.  In theory, I guess I’m still grappling with how to convey all this to a 7-year old.

Do you talk with your children about these issues?  At their invitation or yours?  What do you say?  Do you take the conversation beyond race and into culture/class/socio-economic/power/privilege issues?

When Ellen isn’t tongue-tied with her children, she blogs semi-anonymously (please don’t tell her neighbors) at Thrift Store Mama and lives with her husband and two daughters in Gorgeous Prince George’s County, Maryland.

About the Author: Ellen