Driving in a Residential Area? Slow Down.

Driving in a Residential Area? Slow Down. 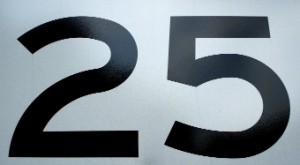 This post originally appeared in my now-defunct column on the Washington Times Communities website on December 2, 2011. I’m resurrecting it here because I’ve noticed an uptick in people speeding in my neighborhood again and it’s making me crazy. School is starting and there are a lot of kids walking around. Drivers need to be paying attention to the road and driving at safe speeds.

And they do it WAY faster than 25 miles per hour.

There is one particular street in my neighborhood that runs across the whole length of it with no speed bumps and few stop signs. It looks to short-cutters like a small speedway and they shoot down the street at 40 miles per hour, paying no mind to the lack of sidewalks or the parents, kids, and pets who populate the homes that they’re speeding past – often while chatting on their cell phones. It drives me CRAZY. I actually guiltily hope that one of them finds themselves face to face with one of the deer who like to suddenly jump into the road on their way to my yard to eat my rosebushes. Sure, it’s not good for my karma to wish death and destruction on speeders or deer but if it takes a crumpled BMW and a pile of fresh venison to slow the cars down and preserve my roses, I’ll accept the karmic ding.

Listen folks, you don’t get to speed in residential areas. You just don’t. You don’t get to talk on your handset while you drive. It’s all illegal and frankly, you should already know that it’s a bad idea because you’re a smart person. We don’t have speed bumps on the long road in my ‘hood because there’s a nursing home on that street and speed bumps would slow down ambulance access. But those commuters trying to shave a couple minutes off their ride home are not racing to save a life; they’re racing to save time and doing it at the risk of harming people or pets.

In this increasingly libertarian world people don’t like laws telling them how to conduct themselves but people who speed through residential areas are proving why we need laws. It’s very clear that there are people who do not care about safety, common sense, or community spirit and instead prefer to do their own thing at their own (high) speed. I think it sucks. I think they suck.