Parenting Tweens: How Much Do You Help?

Parenting Tweens: How Much Do You Help? 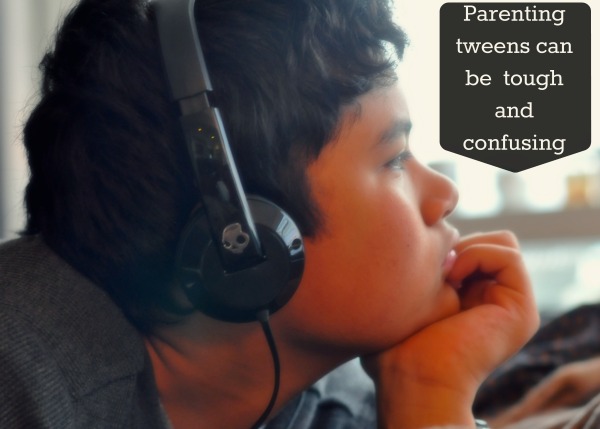 It’s hard for me to believe, but my oldest kid is nearing the end of his first year of middle school. He’s had a bunch of projects and assignments that my husband and I have barely seen except for when he needs us to buy supplies. Although he tells us about his classes in general terms, he doesn’t necessarily give us a play by play of all his assignments. We check Edline about once a month, and the other day I started to second guess how laidback and trusting we’ve been about his schoolwork. He’s doing incredibly well, but every now and then he gets a surprising grade and doesn’t tell us. When we ask, he’ll explain, but he doesn’t offer the information, and he basically tells us he has it under control.

I find this age to be exciting but also confusing as a parent. How much do I help? I have friends who know every single assignment their middle schoolers are doing big or small. They proofread their kids’ papers and help with graphic design and layout on project boards. I don’t know what the protocol is except to do what we’ve always done and let him lead the way. If he asks or looks frustrated, we step in and ask if there’s something we can do to help. Usually he’ll ask us what we think about something but sometimes he just says “I’ve got it. Thanks.” It’s so different than when he was in elementary school. It’s so different that with my third-grade daughter who’d do every assignment from the comfort of my lap if I let her.

This is it. My son is only a “tween” for nine more months, and then we’ve got a full on teenager on our hands. I don’t know if I should be more assertive and involved in his day to day schoolwork. I don’t know if we’re missing something. He’s a great kid, but there are some emotional and personality changes/developments that aren’t exactly new, but they’re more pronounced now. Some days he acts like a kid and wants to be comforted, patted, and soothed like his little siblings, and some days he wants to do everything on his own. There are mood swings and temper flares but also the sweetest of moments between him and his baby brother. He is wise beyond his years and wickedly funny and remarkably compassionate.

This adolescence thing is tough — not just for them but for us too. Just wanted to share, and I hope those of you with older kids/tweens/teens will have words of wisdom.

When she’s not second-guessing this parenting deal, Sandie, The DC Moms Editor in Chief, reviews movies and writes about entertainment and young adult literature.