Entering the Great Unknown: My Son is 12 Today

Entering the Great Unknown: My Son is 12 Today 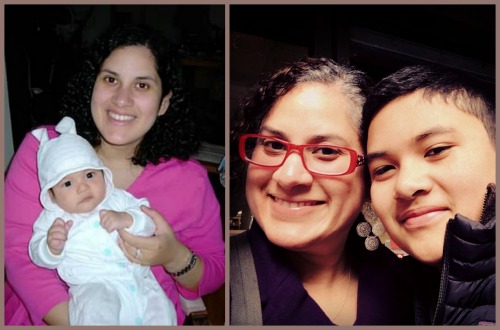 Today my son is 12, and my husband and I brace ourselves for the adventure of parenting him in his transitional year from tween to teen. We’re very lucky. He’s a straight-A student with great friends and even greater sense of humor. He’s beloved by his younger siblings (well, in fairness, his sister could go either way with him sometimes), his older and younger cousins, and his paternal grandparents, for whom he’s the eldest grandchild. He still pushes some of our buttons: he procrastinates with his schoolwork, stays up too late, occasionally wants to read or watch something a little (or a lot) above his maturity level, forgets his asthma inhaler, etc. But overall, we’ve managed to get him to 12 without any major catastrophes or problems.

It’s always a bittersweet day, his birthday, because it reminds me, naturally, of the day he was born. That, in turn, reminds me of my mother, who went on to live with us for two-and-a-half years when my son was 2.5-5 years old. The bond they shared was intense and every now and then made me a bit jealous, but I was so happy that they had that time together when I worked full time and tried to wrangle two young kids in New York. He was six when his Abuela died, which means now he’s lived half his life without her. It’s a bittersweet day, indeed.

But in concentrating on the “sweet,” there are so many things about him getting older that have delighted us, even as I find adolescence a somewhat terrifying prospect. He is old enough to really help out — with his younger siblings, with the snow shoveling, with minor IT emergencies that frustrate me but somehow fascinate him. He LOVES to read, even though he’s at the age that boys statistically stop reading for pleasure. He is curious about how things are made, what makes stuff work, why the body acts in strange and beautiful ways.

So remind me, this coming year, if I seem frazzled by a prospect of parenting a soon-to-be teen, that my son is actually a joy, and that whatever moment I’m in shall pass, because there’s more sweet than bitter in this never-ending job called parenting.