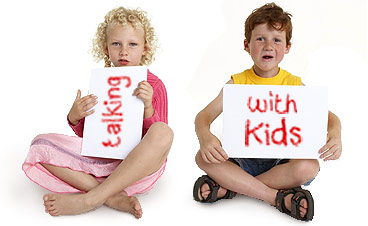 It has been a rough couple of days around here because I’ve had to tell my inquisitive young kids about some sad and anxiety-provoking news.  My son, Noah, is five and my daughter, Mallory, is three.  He is a high functioning autistic and that means that I never really know if a serious topic will resonate with him or if he will just look at me and laugh or pinch my checks because he doesn’t understand my body language and emotions which I’m thinking about very carefully as I present the sad news that our family’s cat has died.

It’s never easy when a family pet dies.  Last week, our cat died and I had to figure out a way to tell the kids.  I decided that I would tell them later in the evening when I thought they would both be more calm and sit still long enough for us to talk about it.  I was going to follow the adage that you find out what they know or hold to be true and then shape that existing belief. HospiceNet and PBS Parents both encourage talking about death because kids are aware of death; they see a dead bug, a dead ant or animal on the side of the side of the road, and well before we even know it, they become aware.  What we don’t know without talking to them is if they are scared or worried or have misconceptions.

If we permit children to talk to us about death, we can give them needed information, prepare them for a crisis, and help them when they are upset. We can encourage their communication by showing interest in and respect for what they have to say.

Just before bath time, I gathered them, an accomplishment in itself, really, and I asked if they knew what dying meant.  I didn’t get a response so I proceeded to tell them that Guinness, our cat died.  I explained that he was old and sick and that he doesn’t hurt anymore.  They didn’t ask any questions, still.  I further explained that he didn’t live here anymore and that when you die you go to heaven.

Then they both jumped up and ran away to play.

Many of children’s concerns focus on body functions that are important to them– “Can a dead person or animal get hungry…feel cold…make a bm or pee-pee in the ground?” Children don’t mean to be rude or hurt anybody’s feelings with what they ask or say. They’re just wondering about a lot of different things at the time of a death. Asking the same questions again and again gives them another chance to test our answers and gradually come to their own understanding.

Of course, the finality of death is the hardest thing to comprehend, particularly for young children. After all, their friends “play dead,” then get up and run around again. A child whose mother had died asked, “Is Mommy coming back for my birthday?” It takes a long time for children to realize that death is permanent.

The next day, at bedtime, Mallory looked at me and very matter-of-factly declared, “Guinness died.” And I took that as my opportunity to confirm that, yes, he did, we miss him and did she have any questions.  This simple exchanged happened several times over the next few days and each kid told a different relative or family friend and got positive support in return.  While not surprised, I was concerned that she had been carrying this around and worrying.

I really like what HospiceNet has to say about what to say to kids and how even if we don’t talk about something, kids read our faces, our body language and if i we don’t talk about death, they interpret that to mean they can’t talk about it either.  I really tried to ask both kids if they had any questions.  I was calm and emotionally available when they brought up the issue.  I was prepared to say that Heaven is a nice place where you don’t hurt anymore but that some people believe different different things.  I was prepared to give them as much information as they wanted but careful not to overwhelm them with age-inappropriate details.

Stacy Kravitz is a contributing writer at The DC Moms.  She has a husband, two kids, two dogs, a fish and a minivan. You can find her older writings at The Fabulous Miss S. and her current project, AutMont, a website dedicated to resources and information for Special Needs children and their families in Montgomery County, Maryland.

About the Author: Stacy Kravitz