School of Rock at the National Theatre Until Jan. 27

School of Rock at the National Theatre Until Jan. 27 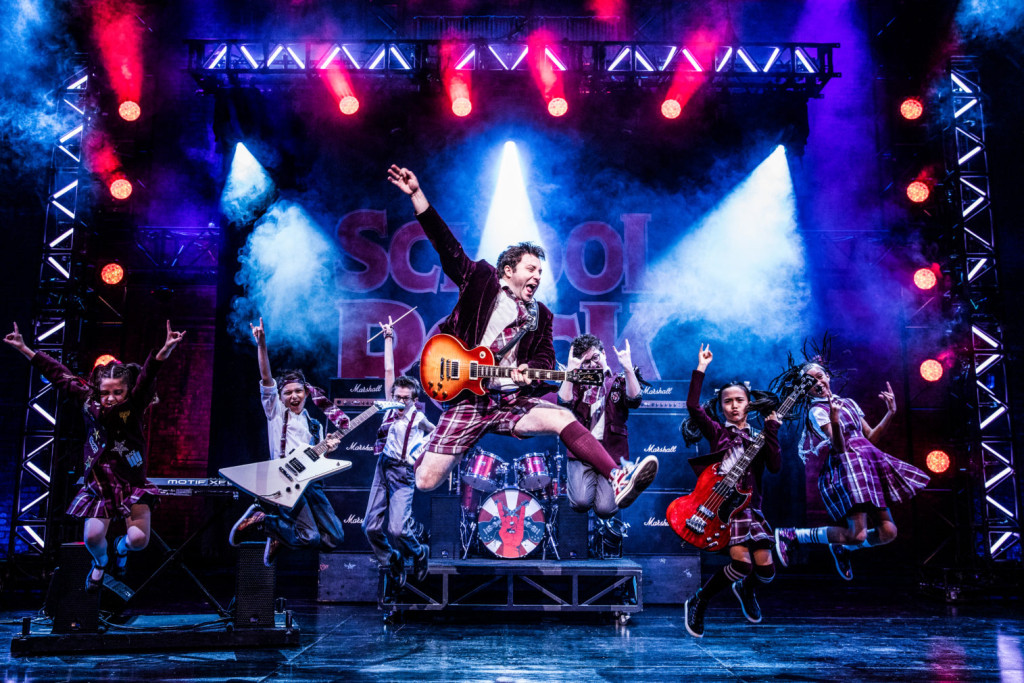 “School of Rock,” playing at the National Theatre through January 27, is a pleasing staging of the hit 2003 Jack Black comedy involving a class full of students inspired to rock stardom by a lovable loser who sneaks into their lives. While the adaptation may remind audiences that few can rival Black’s gifts at physical comedy, the real joy comes from seeing the students rock out on stage. That makes this a great show for families and kids.

Although the musical closely follows the plot of Black’s film, the rock score and musical numbers were composed by six-time-Tony Award-winning composer Andrew Lloyd Webber, and the book was written by Julian Fellowes (of “Downton Abbey” fame).

As in the film, Dewey Finn (Merritt David Janes) is a failed rock guitarist. He’s been recently fired from his own band for not fitting in when they strut to numbers such as “I’m Too Hot For You,” cutting him out of a forthcoming Battle of the Bands. After intercepting a telephone call from a posh private school intended for his roommate, a substitute teacher, Finn impersonates him in hopes of a quick and easy paycheck.

At the snooty Horace Green School, Finn quickly realizes that the only thing he’s qualified to teach these over-educated students is rock and roll: history, theory, appreciation, and, most importantly, performance. Sensing the kids’ potential, Finn convinces his class to abandon their regular lessons and to start rehearsing instead for the Battle of the Bands, under the nose of their parents and the uptight head of school, Rosalie Mullins (Lexie Dorsett Sharp). 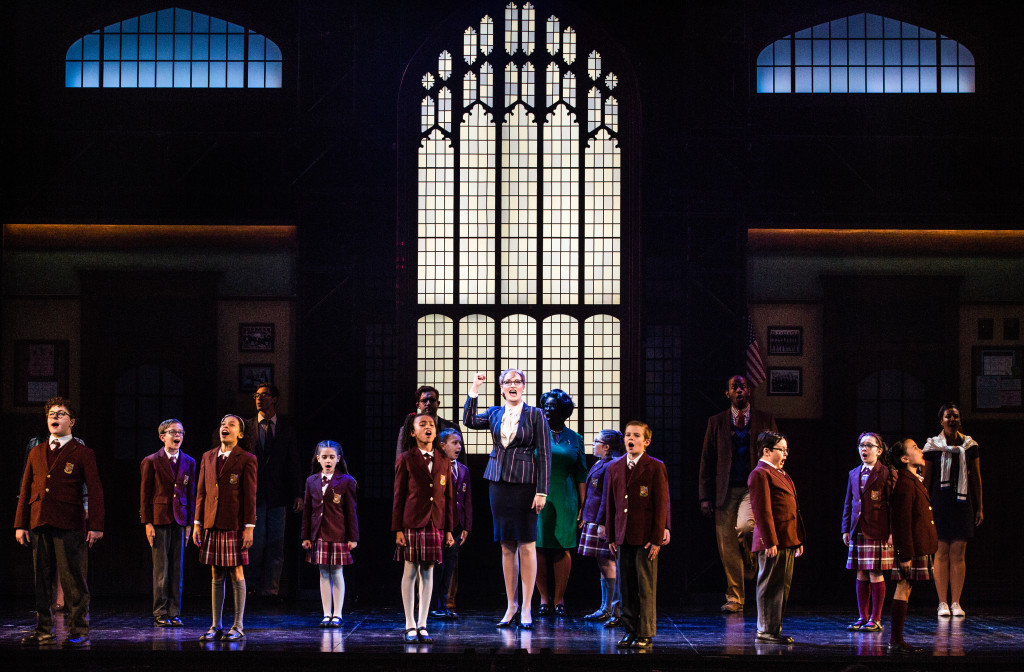 From here, the show really takes off. The strongest, most enjoyable parts of “School of Rock” don’t involve Dewey’s schemes (which seem somehow more troubling when not delivered with Black’s unique puckish charm), but come when the smallest girl in the class picks up the biggest bass guitar, or when the class nerd — who initially complains he isn’t cool enough to be in a rock band, because he isn’t even cool enough to have friends — jams out on the synthesizer keyboard.

The kids put together two great showstoppers that my 10-year-old son left the auditorium humming, “Stick it to the Man,” and the title number, “School of Rock.” There is one moment, however, when the joy on stage comes not from the kids but from an adult. After Dewey convinces Principal Mullins to join him for an after-work beer, she loosens up enough for a confessional lamentation about abandoned life dreams, “Where Did the Rock Go.” It’s the best adult number in the show.

For the most part, however, the best aspects of “School of Rock,” involve the unexpected pleasure of seeing small children operating large rock music instruments. While that surprise is lessened for anyone who’s seen the movie, the musical still offers plenty of joy.