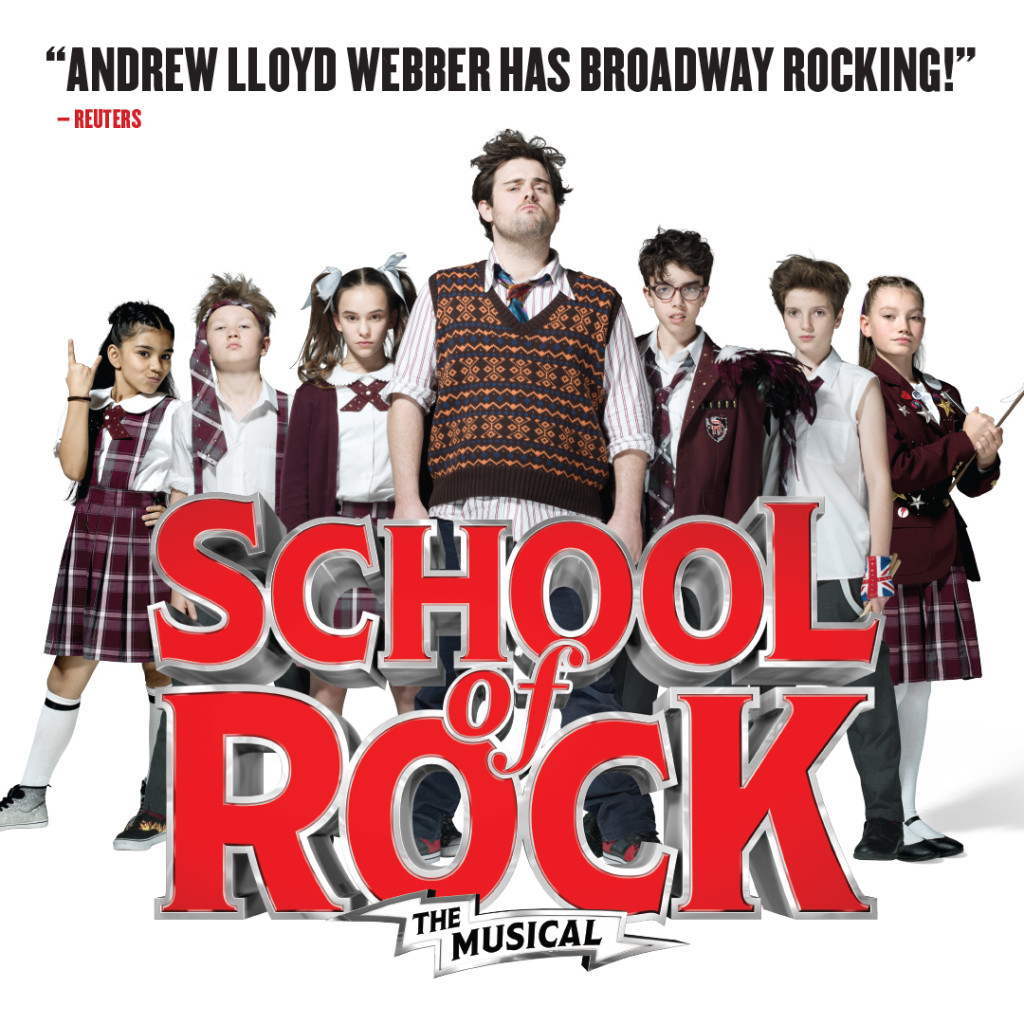 We are once again excited to offer one of our readers two tickets to see the touring production of Andrew Lloyd Webber’s hilarious Broadway show SCHOOL OF ROCK at the National Theatre. One lucky winner will get two tickets to the first performance on Thursday, January 17th at 7:30pm. In case you’re unfamiliar with the movie-based musical, here’s more information about the show:

SCHOOL OF ROCK is a New York Times Critics’ Pick and “An inspiring jolt of energy, joy and mad skillz!” (Entertainment Weekly). Based on the hit film, this hilarious new musical follows Dewey Finn, a wannabe rock star posing as a substitute teacher who turns a class of straight-A students into a guitar-shredding, bass-slapping, mind-blowing rock band. This high-octane smash features 14 new songs from Andrew Lloyd Webber, all the original songs from the movie and musical theater’s first-ever kids rock band playing their instruments live on stage. Chicago Tribune raves, “SCHOOL OF ROCK offers us a chance to be kids again, only with more talent than we ever had.”

To enter the giveaway, simply comment here or on our Facebook page by 10AM ET Thursday, January 10th, 2018. Answer the following question: What was the first Broadway show you attended? I will randomly select a winner by January 11th.