The Wiz at Ford’s Theatre: A Tribute to Local Talent

The Wiz at Ford’s Theatre: A Tribute to Local Talent 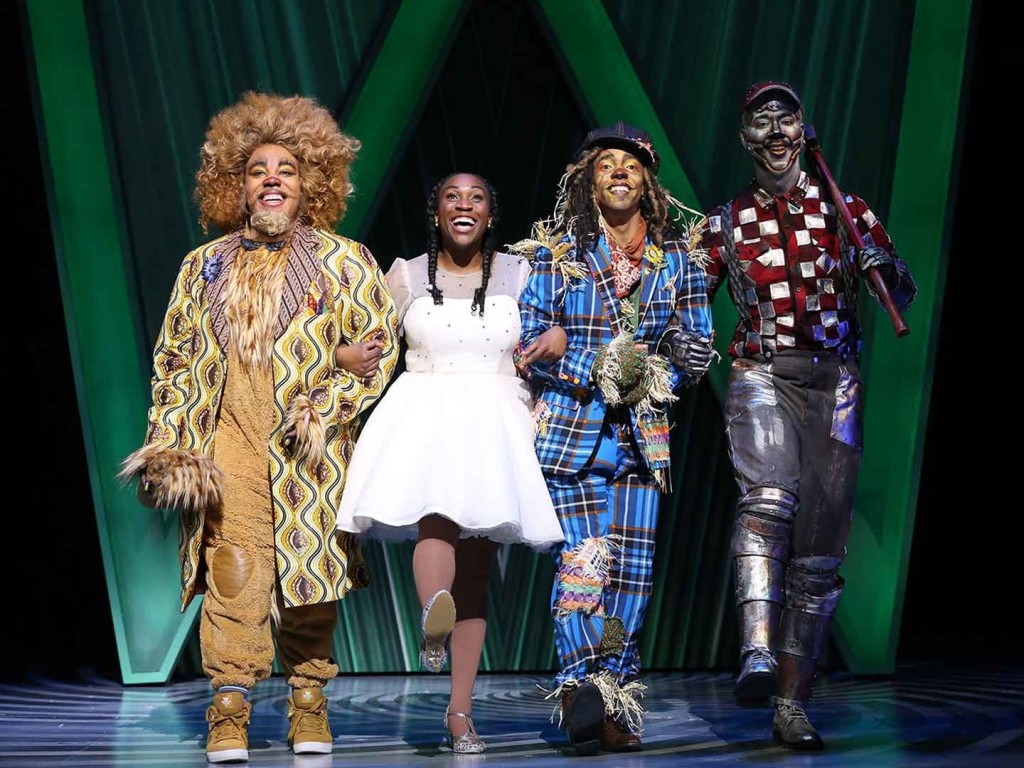 This review is by special contributing writer Michelle Ray. She received complimentary press tickets to the show.

THE WIZ is pure theatrical fun. Playing at the historic Ford’s Theatre now through May 12, consider checking it out whether you’re already a fan of the show or are looking for funky a take on The Wizard of Oz. This timeless tale about growing up, finding one’s inner strength, and the many kinds of family was the winner of seven Tony Awards, including Best Musical and Best Original Score, and features soul, gospel, R&B and pop.

My 16 year old and I are both huge musical theater fans, and we left the theater smiling and chatting about the songs, the production, and the actors. Ford’s Theatre proudly advertises that they are committed to hiring “100% local talent”, and “talent” is right. The performers were exceptional! Monique Midgette is a triple-threat who does triple duty playing Aunt Em, the good witch (Addaperle) and the wicked witch (Evillene). She had me wiping away tears as Aunt Em singing to her growing girl “The Feeling We Once Had,” and tapping my toes to “He’s the Wizard.” Ines Nassara (Dorothy) balanced confusion, joy, and bravery, and has a knockout of a voice. She made me cry (I love a good cry at the theater) when she sang “Home.” Hasani Allen had incredible moves as Scarecrow, and Christopher Michael Richardson’s Lion was a total hoot as he preened and pranced. Solomon Parker played the Tin Man the afternoon we went, and I honestly couldn’t believe he was the understudy!

Kids and adults will love the dance ensemble as they become the tornado, whisking away Dorothy and her house, and when they act as the actual Yellow Brick Road, guiding the famous foursome to see The Wizard.

The design was mesmerizing. Projections (my new favorite theatrical design element) made Munchkinland into a Cotton Club, Oz into a dizzying upside down world, and The Wiz’s lair a haven James Brown would love. The costumes were so clever that I looked forward to scene changes to see what was coming next. African-American and Afro-Caribbean influences were everywhere, most powerfully in Glinda’s vibrant world complete with Wakanda references.

Watch a trailer of the show:

At 2 hours 30 minutes, it might be long for younger theater-goers, but it is not frightening. Unlike other productions with a terrifying wicked witch, Evillene’s world is a candy factory sweatshop that’s colorful rather than scary. Don’t miss this production!