Potted Potter Is Perfect for Potterheads

Potted Potter Is Perfect for Potterheads

Disclosure: I received two complimentary press tickets to the show. No compensation was received for this post. 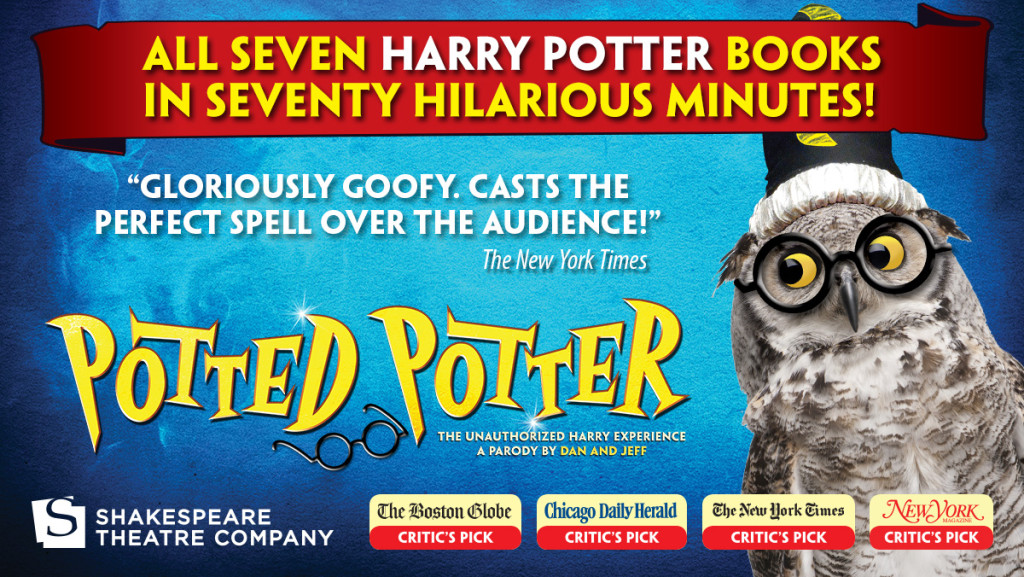 Potted Potter takes on the ultimate challenge of condensing all seven Harry Potter books (and a real life game of Quidditch) into seventy hilarious minutes. This fantastically funny show features all your favorite characters, a special appearance from a fire-breathing dragon, endless costumes, brilliant songs, ridiculous props and a generous helping of Hogwarts magic!

Even if you don’t know the difference between a Horcrux and a Hufflepuff, Potted Potter will make you roar with laughter. This brilliant family entertainment is perfect for ages six to Dumbledore (who is very old indeed).

We are huge Harry Potter fans in our family, so when the Shakespeare Theatre Company announced they were staging Potted Potter, The Unauthorized Harry Experience – A Parody for Washington D.C. audiences, I was thrilled to attend. My 13-year-old daughter and I went to the press night and were delighted. Here are a few favorite things about the show:

Potted Potter plays through April 22 at the Shakespeare Theatre Company’s Sidney Harman Hall. Get your tickets here. Save 20% on all three weeks when you use promo code MAGIC20. Tickets range from $59-$99. Estimated run time is approximately 70 minutes, with no intermission.