Something Rotten Is Perfect for Musical Fans

Something Rotten Is Perfect for Musical Fans 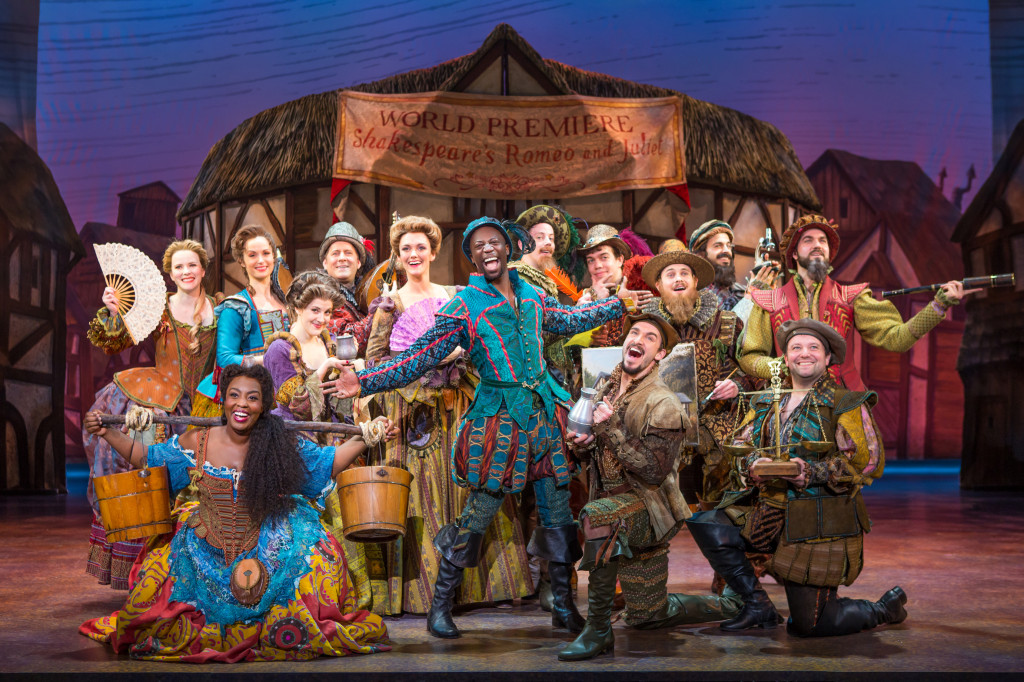 I took my husband, a fellow musical theater lover, to see Something Rotten on his birthday last week. So, I asked him to write the review. Here’s his take on a musical that brought such huge smiles to our faces we laughed and sang all the way back home. –Sandie 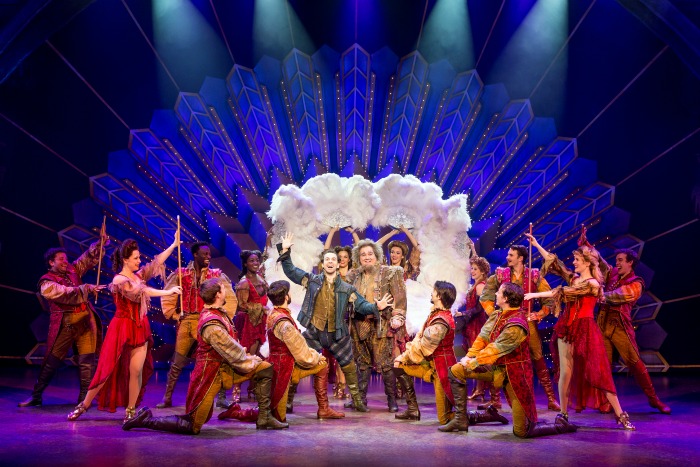 Something Rotten cheats. The musical comedy now playing at the National Theater, makes audiences laugh, cheer, swoon and say “Aaaah.” But it does so by appropriating a century of musical theater’s greatest hits, in a way designed to appeal both to the musical junkie and theater neophyte. But that kind of borrowing is what makes Something Rotten just so enjoyable.

Set in Elizabethan England, Something Rotten opens with two frustrated playwrights, the Bottom brothers, desperate for a hit while seething over the easy success of William Shakespeare, played as a 16th century rock star by Adam Pascal, who portrayed a similarly-voiced Roger Davis in Rent on Broadway. Facing financial ruin, Nick Bottom (Rob McClure) spends his savings on a soothsayer with the ability to glimpse — but just barely, and with a high degree of hilarious inaccuracy — the future of theater, from Shakespeare’s next hit to the high-kicking golden age of the musical. 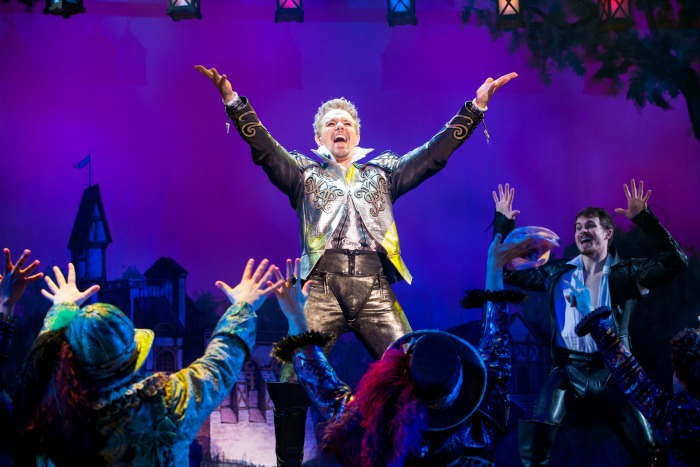 It’s the fantastical pastiches that result from these visions, featuring props from a handful of famous musicals, costumes from others, and a five-note riffs from yet others, that most delighted the house. A few were literal showstoppers that left the actors frozen on stage while the audience worked out its appreciation in extended bouts of cheering and applause. And while it may be cheating just a bit to pepper songs with references to everyone’s favorite shows, it’s precisely these numbers in which the large and stupendously talented company of dancers and singers really showed off the best that musical theater offers with exciting, high-energy choreography and snappy songs.

More about Something Rotten:

With 10 Tony® nominations including Best Musical, SOMETHING ROTTEN! is a “big, fat hit!” (New York Post). Set in the ‘90s – the 1590s – this hilarious smash tells the story of Nick and Nigel Bottom (Tony® nominee Rob McClure and Broadway’s Josh Grisetti), two brothers who are desperate to write their own hit play while the “rock star” Shakespeare (Tony® nominee Adam Pascal) keeps getting all the hits. When a local soothsayer foretells that the future of theatre involves singing, dancing and acting at the same time, Nick and Nigel set out to write the world’s very first MUSICAL! With its heart on its ruffled sleeve and sequins in its soul, SOMETHING ROTTEN! is “The Producers + Spamalot + The Book of Mormon. Squared!” (New York Magazine).

Something Rotten plays through February 18 at the National Theatre. Get your tickets here. Tickets range from $48-$98. Estimated run time is 150 minutes, including one intermission.

Disclosure: I received two complimentary press tickets to the show. No compensation was received for this post.