A Raisin in the Sun Is A Must-See Classic

A Raisin in the Sun Is A Must-See Classic 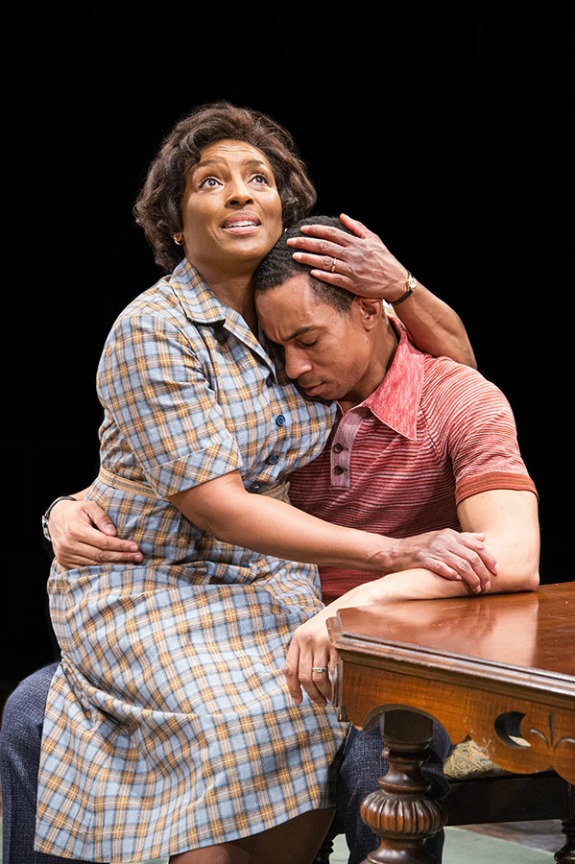 Although many of us may not be able to make it up to New York to see “Sweat” on Broadway, how appropriate that we DCists can see “A Raisin in the Sun” at Arena Stage. Lynn Nottage, who is African American, just won her second Pulitzer Prize for Drama, so it’s hard not to think of what Lorraine Hansberry, the first black woman playwright to win a major award, would’ve made of that.

Although I knew about Lorraine Hansberry’s legendary play and the famous film adaptation (for which Hansberry herself wrote the screenplay) starring Sidney Poitier, Ruby Dee, and Louis Gossett Jr., I had never read or seen “A Raisin in the Sun” in its entirety. So when Arena Stage invited me to see their new production directed by Tazewell Thompson, I was thrilled. Finally a play I could cross off the “must see” list.

I took a close friend who also hadn’t seen the play live, and we were struck by its quiet power for a play set entirely in an apartment on the South Side of Chicago. Here’s Arena Stage’s official summary:

Lorraine Hansberry’s groundbreaking masterpiece follows the Younger family yearning for a better life far from the cramped confines of their Chicago tenement. Hope arrives in the form of an unexpected financial windfall, but family ties are strained when they realize they have differing definitions of the American dream, which dreams get realized and which deferred? A Raisin in the Sun paints the African-American experience in brilliant and powerful strokes, as vibrant and vital today as they were in 1959.

The Youngers are three generations of African Americans crammed into a two-bedroom apartment. There’s oldest son Walter Lee (Will Cobbs), who is tired of wasting his ambition being a chauffeur for an unseen white businessman; his wife Ruth (Dawn Ursula) works as a domestic and takes care of the family, including their young son Travis (Jeremiah Hasty). Walter Lee’s younger sister Beneatha (Joy Jones) is in college and dreams of becoming a doctor and “healing the world.” She is being pursued by two college-aged suitors, one a  politically active Nigerian, the other a well-heeled black fraternity brother. Widowed matriarch Lena (Lizan Mitchell) is head of the household. 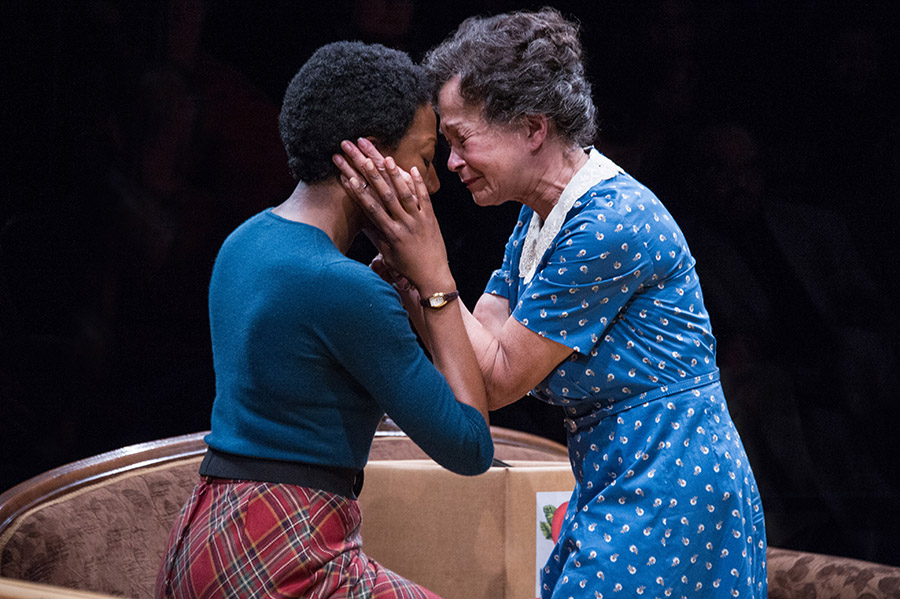 All of the Youngers are waiting for the imminent arrival of a “big check” that will change the family’s prospects, but it’s up to Lena how to use it. She and Ruth want to buy house; Beneatha wants tuition for medical school; and Walter Lee, he wants it all in order to go in with two pals to open up a liquor shop.

All of the actors do an admirable job with the work, but it’s Mitchell who transcends. You come for the name recognition of the play, and you stay for Mitchell’s extraordinary performance as Lena, who mourns her husband’s death, her children’s fracturing relationships — with each other, with God, with what she and her beloved dead husband provided for them. Mitchell’s every expression conveys a myriad of emotions. She represents every African-American parent, and in a way, every mother from a marginalized community. Her children dream of things she and her husband never even considered a possibility. In her case, because once upon a time freedom and moving out of slavery and share-cropping were the only things that mattered.

The other Youngers are also memorable, but there’s an unmatched power in Mitchell’s performance. My friend and I particularly enjoyed the two supporting actors who play Beneatha’s suitors, both of whom add a levity to the at-times painful proceedings. Keith L. Royal Smith plays George Murchison, the white-loafered college boy from one of Chicago’s wealthiest black families. He just wants Beneatha for her beauty, not her mind. Bueka Uwemedimo (himself a British actor born in Nigeria) plays Joseph Asagai, who sees Beneatha not only as an equal but as potential partner who could go back to Nigeria with him and help educate his village.

Given the current political climate, and the battles people of color are still fighting in 2017, this play has never seemed more relevant. Do yourself a favor and go see it live while you can, and then consider whether Langston Hughes’ dream deferred is still drying up like a “A Raisin in the Sun.”

I received  a pair of complimentary press tickets to see and review the play. All opinions are my own.