See the Greatest Show on Earth One Last Time

See the Greatest Show on Earth One Last Time 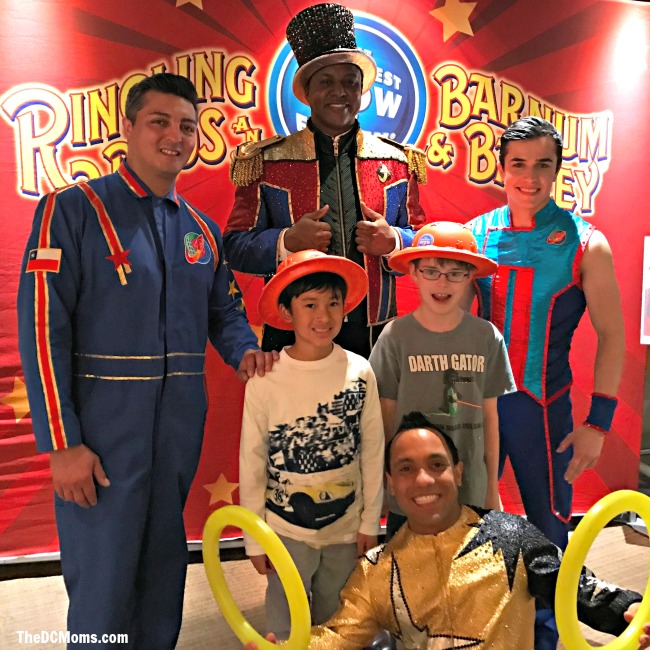 This past Sunday night, for the last time, the Ringling Bros. and Barnum & Bailey Circus performed at the Verizon Center.  After 146 years, the preeminent circus act in America, is closing.  In announcing the end of the show, its producers cited falling ticket sales worsened by the the retirement of the elephants from the show last year.

That makes next week the last chance for most folks in this area to see the show that has defined “circus” for generations.  And this year’s final show, titled “Out of This World,” is exceptionally good.  The Ringmaster, clowns, high-tech sets, and live music combine with the acts to present a unified theme involving circus acts scattered throughout the galaxy that enhances the entire experience. And while there’s still a ring, of course, this show surrounds the ring with an ice rink, creating a chance to combine the circus with a ice show. Perhaps not coincidentally, Feld Entertainment, the family business that owns the Ringling Bros. and Barnum & Bailey Circus, also produces “Disney on Ice” productions. But rather than skating Disney princesses, the ice allows for an amazing performance by the Heilongjiang Provincial Acrobatic Troupe, a group from the northern Chinese city of Harbin making their American debut. 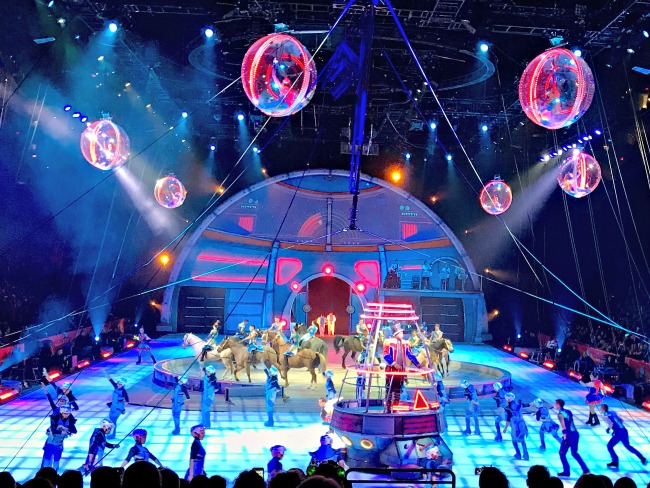 Other unique acts include Hungarian aerialists balancing high in the air on a rotating metal structure while dressed as astronauts to carry the show’s theme and the King Charles Troupe,  a group of basketball-dunking unicyclists who got their start in Harlem in 1968.  The circus contains more typical acts that remain extraordinary even if they’re more familiar: wild animal trainer Alexander Lacy tames 12 surprisingly huge lions and tigers (above); seven motocross bikes ride in formation up the sides of a metal sphere, impossibly close to each other; “Cossack Riders” (below) risk being trampled while performing stunts on horseback; trapeze artists attempt rarely completed flips.

And of course, there’s the clowns. More than just providing a distraction while the stagehands prepare for the next act, the clowns carry the show’s Out of the World theme and plot forward. Davis Vassallo, the clown who plays the “bad guy” for much of the show, is particularly skilled and entertaining; his upside down dancing, performed high above the ring, was enjoyably unexpected.

While there will probably always be other circuses, it’s hard to believe that the Ringling Bros. and Barnum & Bailey Circus won’t ever return. For now, though, don’t miss your chance to see what may be that circus’s last performance in the DC area.