What We’re Watching: Tangled Before Ever After

What We’re Watching: Tangled Before Ever After 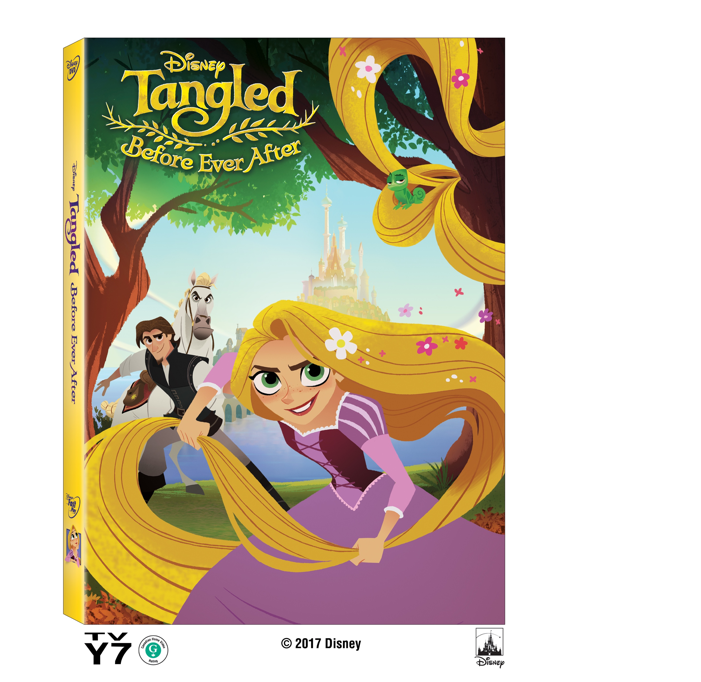 We didn’t go away for Spring Break last week, so we had movie nights at home, and thanks to Disney Home Entertainment, we had a great time watching TANGLED BEFORE EVER AFTER, which is a sequel to one of our all-time favorite Disney movies, TANGLED.

Walt Disney Animation Studios’ TANGLED, continues on DVD with the new adventure TANGLED BEFORE EVER AFTER! Rapunzel (Mandy Moore) yearns to make up for lost time. With the help of her true love Eugene (Zachary Levi), pals Pascal and Maximus and daring new friend Cassandra, Rapunzel postpones her wedding and royal duties to defy danger and boldly explore life beyond Corona’s walls. Sparkling with fun, adventure and music from the legendary Alan Menken, TANGLED BEFORE EVER AFTER is a magical movie event!!

Even though the romance in TANGLED is one of the best of any Disney Princess story, I totally commend Disney for showing how Rapunzel isn’t quite ready to get married (don’t worry, they’re definitely end game, and we know they’ll get their happily ever after). After being kept prisoner for so many years, it’s completely appropriate for Rapunzel to want to have some time to herself, to go on adventures, and to be FREE before she settles down with her true love.

Rapunzel’s main supporting character throughout the film is her fierce lady-in-waiting and close friend Cassandra, who helps the young princess escape the castle’s boundaries and explore. Things don’t always go as planned for them, but ultimately Cassandra helps Rapunzel on her journey of self discovery. Occasionally Cassandra is pretty hard on Eugene, but she also helps him see that Rapunzel needs time before she commits to becoming his wife.

With Mandy Moore and Zachary Levi on board to reprise their roles as the voices of the main characters, this is a must-watch for any TANGLED fan. Buy it on Amazon, Google Play, or iTunes.

Watch two clips from the DVD: and this sweet musical number: