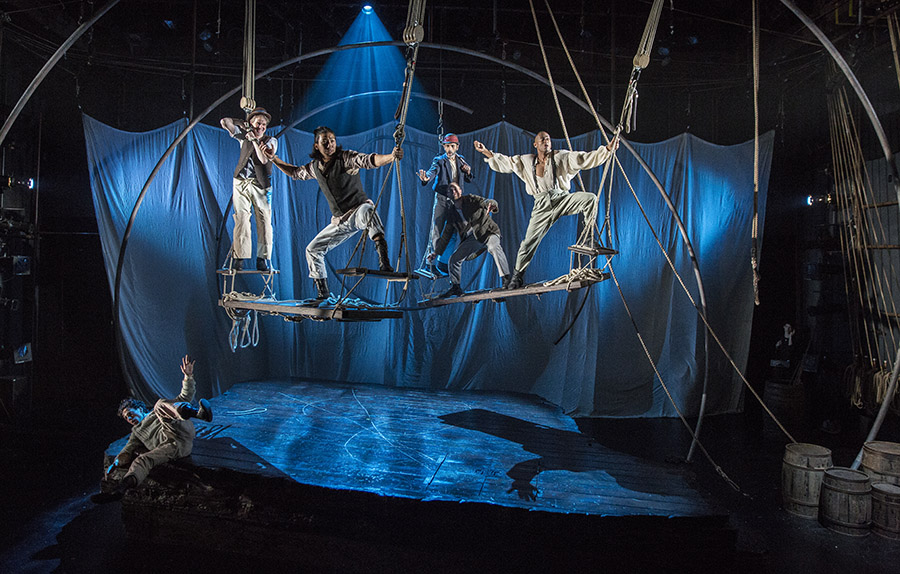 The 19th century novel “Moby Dick” represents a lot of things to different people, just as its titular whale does to the other characters in the story.  To academics, the book is a masterpiece of American literature, rich with symbolism. To many students, it is a slog that sends them the lifeboat of Cliff Notes. To most, though, “Moby Dick” has become a folk tale, a well-known tale of a crazy white whale and even the crazier whaling captain hunting for him.

Thus, for any adaptation of “Moby Dick,” the challenge lies in presenting the story afresh. “Moby Dick,” now running at the Arena Stage, succeeds through its imaginative use of the basic tools of theater: sets, lighting, and costumes.

The standout feature of this production — the one that audience members leave talking about — is the show’s acrobatics.  The show was developed by Chicago’s Lookingglass Theatre Company with the assistance of Actors Gymnasium, a Chicago organization that teaches acrobatics to actors and the public. 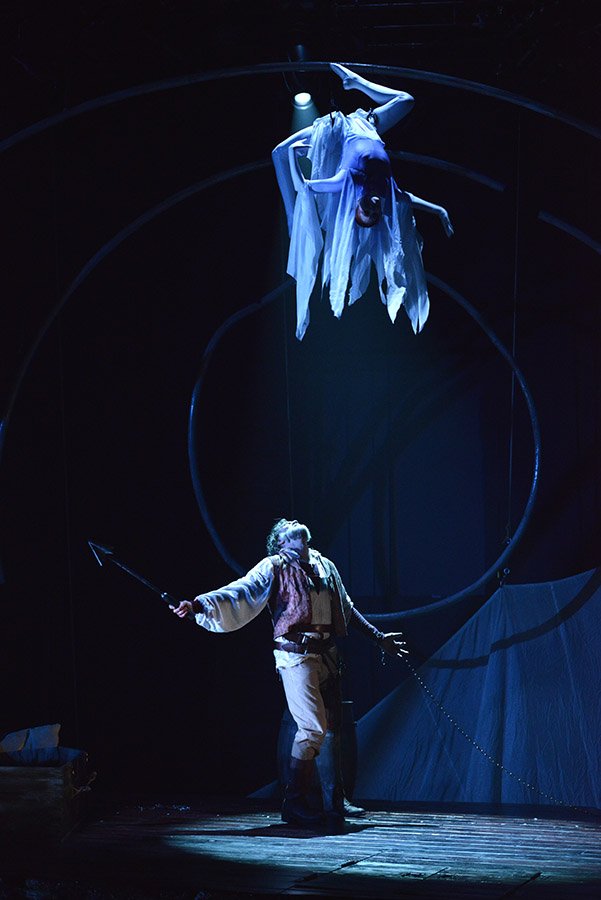 The acrobats’ involvement pays off in “Moby Dick.”  Curved aluminum poles surround the stage, evoking both the ribs of a whale and the masts of a ship.  As Ishmael, Queequeg, and Starbuck, the cast clambers up curved poles, like circus acrobats — or whaling ship sailors.  At key moments depicting drowning, whale slaughtering, or the deepening monomania of Captain Ahab (in a stand-out performance by Christopher Donahue), actors become aerialists, swinging from ribbons high above the stage.

The inventiveness of the stagecraft extends to the costumes, as skirts bloom across the stage to represent whale blubber in one scene and the entire ocean in another.  The lighting, too, becomes a key factor during the show’s climax, unexpectedly turning one of literature’s best-known scenes into something resembling a horror movie.

Ultimately, even if you’re familiar with the story of Ahab and his white whale, this “Moby Dick” presents a creative retelling well worth your time.

“Moby Dick” is currently running at the Arena Stage through December 24, 2016. Get tickets now.

Watch the cast discuss the Fates in Moby Dick:

Know Before You Go: