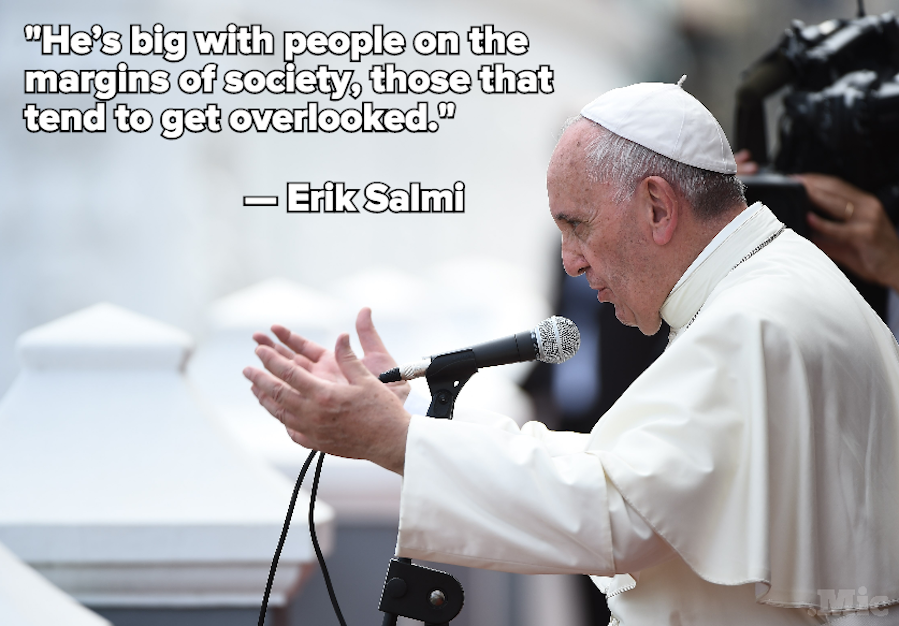 I’m not Catholic (even though most people assume if you’re Latin@ you must be Catholic), but I love how progressive and open-hearted he is, how he takes the time to really be rooted in the world, how he manages to electrify lapsed Catholics and even non-Catholics alike. So thanks to a lottery run by my representative, Congressman Chris Van Hollen, I was awarded two tickets to see the Pope’s remarks to Congress from the Capitol’s West Lawn.

It will be an early, early morning with possible delays and inconveniences, crowds and discomfort, but I’m assured that sharing in the moment with thousands of people, especially my good friend who is not only Catholic but will be witnessing the second Papal visit to the United States, is worth the effort.

Who else is planning to go down to the Capitol today or attended the Pope’s various stops in D.C. yesterday?

Check out more photos of the Pope’s visit at the Washington Post.

4 p.m. Departure from Joint Base Andrews for New York.

Online: The Washington Post will be streaming most events here: wapo.st/WatchPopeLive

TV: Verizon FIOS customers can watch live on Channels 61 or 601. EWTN (Global Catholic Network) will carry most events, and major addresses are likely to be televised on news channels.