About a month ago we decided to take the kids to the National Portrait Gallery instead of heading to the Mall like we usually do when we go to museums. The highlight of our visit was the self-guided tour we took through the Gallery’s latest temporary exhibit, “Dancing the Dream.” The museum website explains the exhibit as follows: 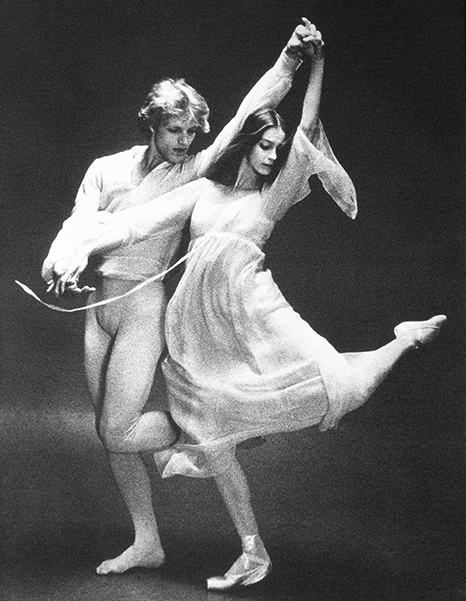 From the late 19th century to today, dance has captured this nation’s culture in motion. “Dancing the Dream” showcases generations of performers, choreographers and impresarios. The show includes images of performers like Fred Astaire and Ginger Rogers, Michael Jackson, Savion Glover, George Balanchine, Mikhail Baryshnikov, Beyoncé, Isadora Duncan, Agnes de Mille and Lady Gaga. Dance has drawn from the boundless commotion of cultures to represent the rhythm and beat of American life. This exhibition explores the relationship between the art of dance and the evolution of a modern American identity.

I knew from the moment we took a step into the exhibit that it was for me, but  what surprised me is how excited the kids were to go through each of galleries as well. They loved the multi-media nature of the exhibit, which included several video montages of dance in popular culture, Broadway, films, and stage. The way the exhibit mixed photos of dancers from various different styles — traditional ballet, modern, tap, jazz, hip hop, etc. really impressed my children. They were particularly interested in the photos of Josephine Baker, Baryshnikov, Misty Copeland, Michael Jackson, and West Side Story.

I got teary eyed when I saw the large photo of Rita Moreno and Gregory Hines, for different reasons. Moreno reminds me of my mother, who loved West Side Story and was so proud of the EGOT-winning Latina dancer/actress. As a young girl, I used to tap dance, and Hines was one of my favorite dancers. Then in college, I ended up meeting him and bumping into him several times in the West Village, where I babysat every Friday for two years.

If you have a chance, take your family (or friends) to the Dancing the Dream exhibit, which closes on July 13.