What I’m Binge Watching: Orange Is the New Black

What I’m Binge Watching: Orange Is the New Black 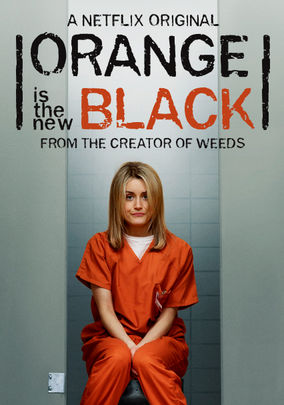 I wasn’t planning to watch the Netflix dramedy “Orange is the New Black.” I felt I had too many books to read and movies to review — not to mention kids to raise and a household to run. But, during a conversation with my friend Jessica earlier this week, she referenced the show twice, and if Jess mentions something, it’s always good. Two days and seven episodes later, it’s obvious my husband and I are hooked.

I watched nearly all of “Weeds,” but the final couple of seasons really jumped the shark — or the stash house, as the case might be. Still, it was a clever show, so I figured I’d give another Jenji Kohan-created series a try. The two shows, it will come as no surprise, have a lot in common: a white suburban shiksa is caught up in a drug-smuggling ring (run by her post-college girlfriend) that lands her in prison… a decade after she committed the crime. But unlike “Weeds,” “Orange” is based on a true story — the memoir of Piper Kerman.

The show has a fantastic, diverse cast and compelling storylines that are reminiscent of  HBO’s landmark prison series “Oz” but, you know, funnier, with women and a lot less psycho rape. Once you start watching, you just can’t stop.