Middle School Concerns: Tell Me My Son Will Be Fine

Middle School Concerns: Tell Me My Son Will Be Fine 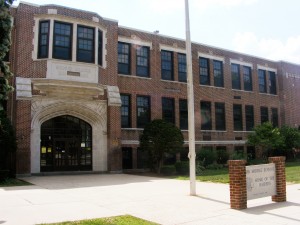 My son is going to sixth grade this fall. This week he’s attending a special media program at his school, and as he walked into the middle school with two friends this morning, I had major butterflies in my stomach. I have some fond, funny, and sweet memories of middle school (or junior high as it was called back in the days when it was 7th-9th grade), but I also remember the awkwardness of early adolescence.

I remember the feeling of my body being too much, too soon, too noticeable. I remember the knowledge that I was bookish and smart but also naive and unworldly. I remember being bullied — mercilessly — for being a goody two-shoes, for being a Christian, for not getting the memo that if the boob fairy visits you you’re supposed to show it off not cover it up. Some of these memories still hurt.

I remember this one kid whose name I’ve managed to block out (because I can remember so much about my junior high experience except for his name) who teased and tormented me. The hilarious thing, looking back, is that he looked more like Nelson from “The Simpsons” instead of some blond Adonis with sculpted looks and a sense of entitlement.

This kid was cruel, made fun of me for my physical appearance and for being a Christian … said things like “How can you believe in God; God wouldn’t make anyone so ugly” or  “How can someone with straight A-s be so stupid” and more — every day. One day, he was convinced that I had told on him. He and a few friends were caught smoking pot before school behind the P.E. field. Someone had told the administrators on them, and he just assumed it was me. I had to be the only person in the entire school to do it, even though I came to school in a carpool of kids who could act as my witnesses, and I never had to cross the back field to walk to school — because the moms always left us directly in front of the main entrance.

“Sandie, I’m sorry. I told on those guys” the familiar voice informed me. I was crushed. I knew this girl, and she was so sweet. I appreciated her telling me, but what could she do. I told her not to reveal herself — why bother at that point. And the counselor and vice principal told that guy that if anything happened to me, he would face charges a lot more serious than doing drugs near school property.

This long, sad story is all to say that sending my son off to middle school scares me so much, because I do NOT want him to go through some of the crappy stuff that happens when you’re 11-12-13, and there’s nothing I can do to prevent it, except for talk to him, let him know I’m here, and hope that he won’t be too embarrassed and ashamed (like I was) to tell me if something does happen to him.