A New Meaning for Pull the Plug

A New Meaning for Pull the Plug

I’m compelled to share my perspective on a growing trend that I’m noticing a lot lately. A while ago, I could laugh a little at it, but the more and more I see it, I can’t help but shake my head and scoff. The other night when I once again witnessed it, I felt deeply saddened by the whole scene, and I just wanted to shout, “Pull the plug, already!”

I’ll set the scene. Somehow, the stars aligned and my husband and I were able to go out for an impromptu dinner date after getting a babysitter on a short notice. We opted for the cool Ram’s Head Tavern in Savage, MD, for a change of pace from the usual pizza joints and chain restaurants we usually hit with the kids. As we settled into our table for two, my husband did the little head tilt and raised eyebrow thing that silently said, “Check that out.” 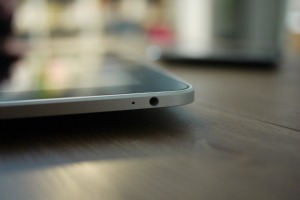 The view that I got as I shifted my gaze to the table on our left was this: one booth containing four people- three adults and one elementary school aged child. Two of the adults appeared to be the parents, the other maybe a high school or college aged child. The young child was eating, bent over his plate, pulling his fork to his mouth again and again without taking his eyes away from the propped iPad on the table in front of him. With earbuds in place, he was lost in a world of the movie on the little screen. Next to him sat the woman I’ll assume was his mother. She may or may not have been eating, as she was giving her full attention to her iPhone, tapping her long nails away on the screen, messaging or reading or who knows what. Across from them sat the presumed father and the other young adult, both also as entranced by their phones, the slight swiping of their fingers on their screens the only signs of life I could see.

At some point, one of the servers came and sat with them for a short while, during which there was quick bit of conversation, but quickly they all returned to their screens, likely to upload the pictures they took together and post about their meetup.

Now, let’s be clear, I love my online connections. I’m a fan of the Facebook, and I’ll be the first to share pics of my goofy kids having breakdowns in the shoe department of Kohl’s or to post selfies of me and a child on an outing together. But there’s something different about the nature of being plugged in throughout the sharing of a meal. Where’s the sharing?

Our family doesn’t do fancy dinners together, but we do try to eat together, usually around a table, most nights of most weeks. Sometimes we’ll have a weekend movie night as we take to the living room floor and eat dinner over a family flick, but if we’re seated together at a table, eating off plates, you’re damn sure there will be no electronics involved. People will look at other people, not screens. Words will be spoken out loud to each other, not typed to a far-off friend.

As my husband and I sat across from each other that night, laughing about the kids’ latest antics and chatting on a variety of random topics, I couldn’t help but look over at the family next to us a couple times. When it was time for them to go, I was startled by the sudden sound of talking to our left. The child reluctantly turned off the iPad after several requests, and they made their exit. I couldn’t help but wonder how long into the car ride until they all plugged back in.

Dawn loves to share her opinion, and she’s always a fan of the bloggy platform. She rants and raves about whatever’s on her mind at her blog, my thoughts exactly, and she talks novels and children’s books at 5 Minutes for Books.