Be a Rebel: Read a Book

Be a Rebel: Read a Book 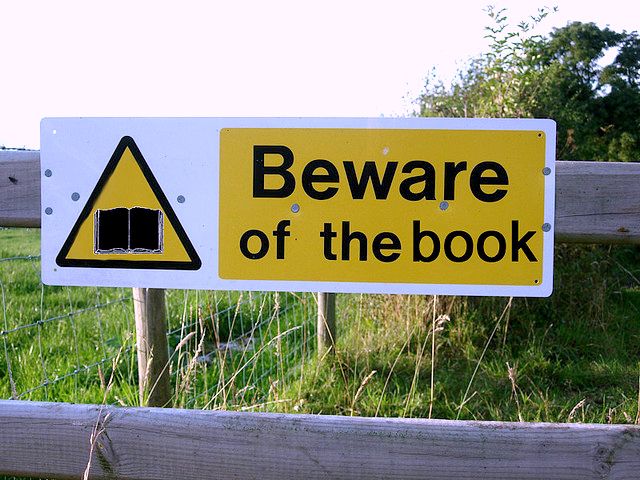 Does the end of September have you thinking of wearing sweaters, carving pumpkins, or fixing up some hot chocolate for your kids?  Does it have you thinking back to your own school days, reading those homework assignments that became the loves of your life?

I want you to think about your favorite books, the ones that moved you, challenged your thinking, taught you new words and new perspectives – those books that changed you. Chances are, one of those books is a banned or challenged book, so while you’re reminiscing about your most moving reading experiences, it’s a great time to join the American Library Association in celebrating Banned Book Week.

Since its inception in 1982, Banned Books Week has celebrated that while not every book is intended for every reader, each of us has the right to decide for ourselves what to read, listen to or view. This week, thousands of libraries and bookstores in the DC area and across the country are celebrating the freedom to read by participating in special events, exhibits, and read-outs that showcase books that have been banned or threatened.

The list of banned and challenged books astounded me when I first looked at it – almost every literary work that really moved me or challenged my viewpoint in high school or college is on the list. Or, set aside my own experience.  When my eldest daughter was three, her favorite book in the world was a Maurice Sendak story: In the Night Kitchen, also known as #24 on the list of most frequently banned and challenged books from the past decade. It’s a sweet story about a little boy named Mickey and his post-bedtime imaginative adventures. Are they dreams? Are they his thoughts before he sleeps? We don’t know, really, but the reader enjoys his interactions with a group of night bakers who must bake all night so there will be cake ready for breakfast. After getting stuck in a batch of dough, Mickey sheds all his clothes and I presume the cartoonish illustration of him nude, penis visible, is why the book is banned. But my daughter could learn no more about a real penis from Sendak’s clever story than she could a real cake recipe. And though she’s in kindergarten now, for a time we read that book so often that I still have it memorized, years later.  She never once noticed the boy’s penis but still will sometimes break into chant when I pour her a glass of milk: “Milk! Milk! Milk for the morning cake!”

She quotes books like other people quote movies. I think it’s fantastic. I’m not exaggerating to say that I think her childhood is richer for having read In the Night Kitchen, and I’m incensed that some people believe I shouldn’t even have access to that book to read it to her.

Banned Book Week is celebrated every year in the last week in September.  Because censorship of constitutionally protected free speech violates the First Amendment, we all have a vested interest in this issue. For my part, I’m going to pick a Banned Book that I’ve never read before to read this weekend. What are you going to do?

Robin’s first great love was words. You can find her playing fast and loose with them at The Not-Ever-Still Life, or on Facebook, Google+, and Twitter. You’d make her really happy if you left a comment with the title of your favorite Banned Book.

Sign photograph, via Creative Commons license, is from florian.b.