Who says that our celebrity crushes have to only be guys? This week, I’m crushing on an actress who has been cracking me up big time on screen lately. 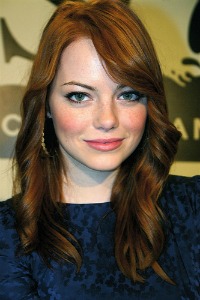 After a long week of corralling teaching preschoolers, Dawn is often drawn to the world of comedic films. When she’s not laughing too loudly in the theater or on her couch, she’s reviewing books at 5 Minutes for Books, writing for the Greenbelt Patch, and blogging at my thoughts exactly.