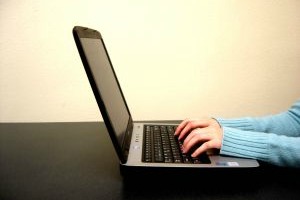 Recently, many of the amazing women who I’m blessed to join here on The DC Moms gathered together for what we dubbed HomeHer, the celebration we could take part in while many of our other online pals were off living it up at BlogHer ’11. We ate, we drank, and we were all sorts of merry. At one point, a conversation was started about our social media habits, and then specifically about twitter versus blogging.

My ears perked up, because though I have a twitter handle (@mteblogmama), I admit that I’m not quite clear about how to best use it. (And I’m still ticked that Twitter doesn’t allow just one more stinking character for handles, since I’m otherwise known as morninglightmama online. Grr.) I have it set so whenever a blog post goes up, a simple tweet with the title and a shortened link gets sent out to the modest set of followers of my twitdom. Occasionally, I’ll hop on and have a few exchanges with folks who are on at the time, but I still don’t feel entirely comfortable with it.

It was interesting to hear how much Twitter is overtaking previous blogging habits among some of my DC Moms colleagues, and someone even likened it to a high school experience. Blogging is so exciting during freshman year, but by senior year, you’ve moved on to something else, and apparently that something else, at least for right now, is Twitter.

A big factor in this appears to be the interaction. Low numbers of comments for some folks made blogging feel like shouting into an empty theater, while Twitter brings the feeling of being at a cocktail party, always moving around, having a social blast. With most people equipped with what my husband longingly refers to as “smartypants phones,” it’s clear that one could have a connection with the Twitterverse at any given moment.

I hear that perspective, I do, but I find that blogging still fits my needs best. Yes, my theater often does feel painfully empty, and “0 comments” may appear at the bottom of quite a number of posts, and if I’m being completely honest, I have to admit that it feels much better to see a notification of a new comment pop up in my inbox. Really, though? I’m a pretty social person, but that’s not what purpose blogging primarily serves for me. I often have something to say, and whether anyone listens or not, it just feels good to say it. And I can’t even begin to break it down to just 140 characters or less.

Three years ago, I wrote a post about why I blog, and the sentiment still rings true for me. I respect that different folks have different (key)strokes, but if you need me, I’ll be hanging out in the freshman hallway, for my fifth straight year.

Dawn should apologize for the shameless plug for her blog, but instead will direct you to her other pursuits as well, reviewing books on 5 Minutes for Books, and waxing philosophically on parenting on the Greenbelt Patch. Shame on her.