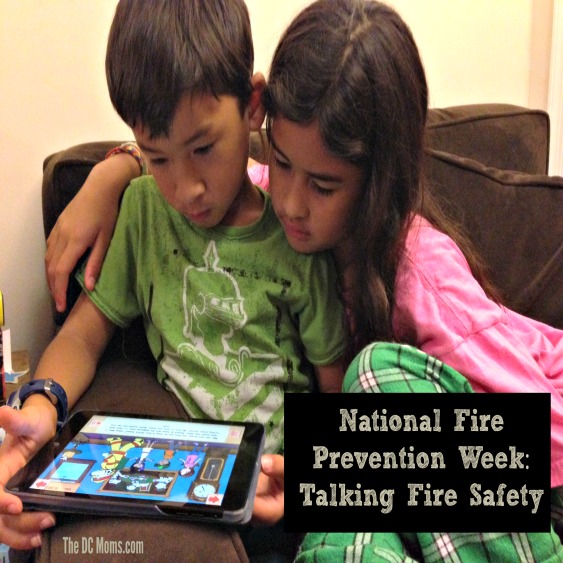 This compensated post is sponsored by the National Fire Protection Association. All opinions are my own.

It’s the last day of Fire Prevention Week, which is a reminder to talk to your kids about one of the worst calamities that can befall your family. If that sounds like a tall order, it is, for both parents and kids. That might be one reason why the National Fire Protection Association developed the fun fire-safety app, Sparky and the Case of the Missing Smoke Alarm.

In my house, my husband is the designated Fire Marshal. He’s the one who knows when to check the fire alarms, how and where we can speedily exit from each level, and how to instruct the kids about fire safety and emergency practices. Because of his interest in the subject and his love of playing with new apps, I entrusted him with the job of checking out a new fire-safety app. Here’s what he had to say:

The app comes in three parts: an interactive storybook about a renegade inventor who’s determined to build a giant flying smoke detector, even if it puts his loved ones at risk of fire, a video game featuring Sparky the Fire Dog flying through town atop that giant smoke detector, and a music video about smoke detectors.

The storybook is the most rewarding part of the app. It follows Sparky and his three friends as they hunt down the mysterious inventor who’s been stealing fire detectors. Along the way, tapping various objects on the storybook page makes them beep, shake, and otherwise come to life. Tapping other parts of each screen reveals helpful fire prevention and response tips, Hunting for those hidden animations on the page seems to make it more likely that my kids will remember the fire tips sprinkled throughout the storybook.

In developing that app, one of the biggest challenges must have been integrating the sound of a fire alarm — designed to be one of the most grating, jarring sounds in existence — into an interactive storybook and video game. And the app developers weren’t entirely successful in smoothly integrating that piercing BLEEP, BLEEP, BLEEP into the gameplay. Turn the volume up on your iPad or smartphone too high, and the simulated alarm might just be loud enough to convince someone in another room that a fire’s actually broken out.

It’s also hard to know what to make of the music video on the app, “What’s that Sound.” It may be the only rap song in the world that samples the actual sound of a smoke alarm, and it’s a bit corny and cheesy. A very nerdy rapper with a passing resemblance to “Breaking Bad” star Bryan Cranston (if Cranston ever put on head to toe Adidas and a Kangol bucket hat) tells kids how to react when they hear a smoke alarm — while wearing a gold plated smoke detector worn on his chest, Flava Flav style.  Someone at the National Fire Protection Association has either a very unusual sense of humor or a very unusual taste in music, but the kids thought it was funny enough. 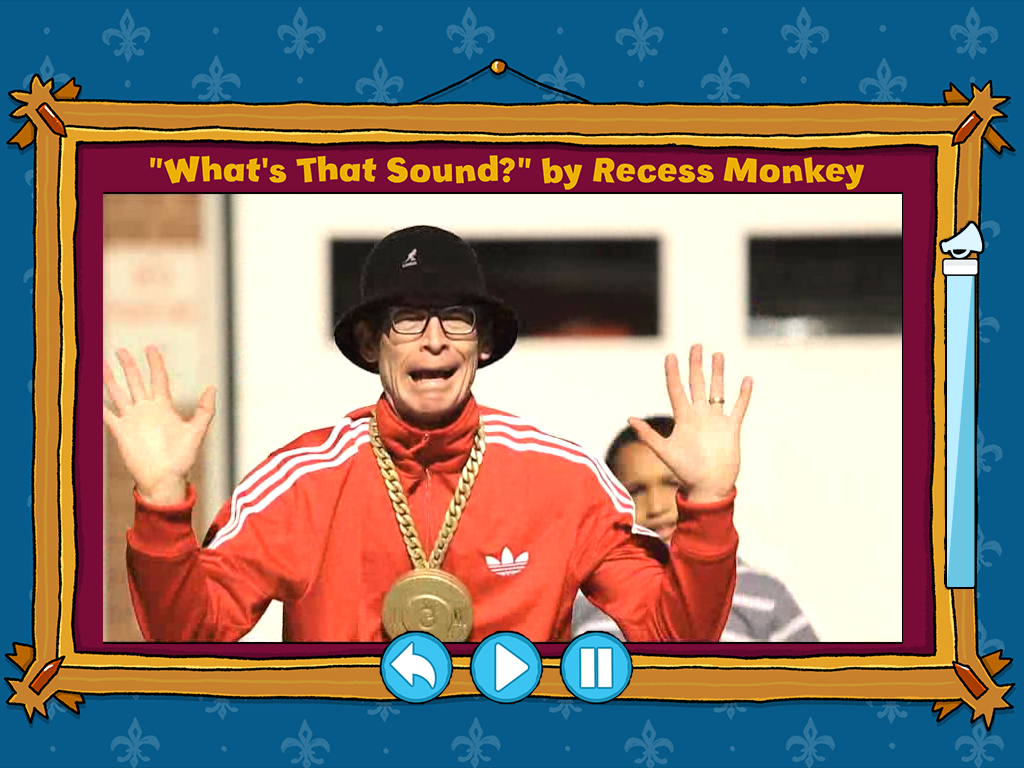 But those are quibbles.  “What’s that Sound” isn’t competing for a Grammy. Instead, the rap, like the rest of the app, creates a natural opportunity for parents to talk naturally about what to do in case of fire. After the storybook concludes, for example, a screen poses several questions for parents to discuss, including the importance of smoke alarms. Even if you never play the “What’s that Sound,” rap more than once, it’s done its purpose if you play it once and then remember to walk your kids out the door into the autumn evening and show them the tree across the street where you can all reunite if the calamity of flame does ever strike. 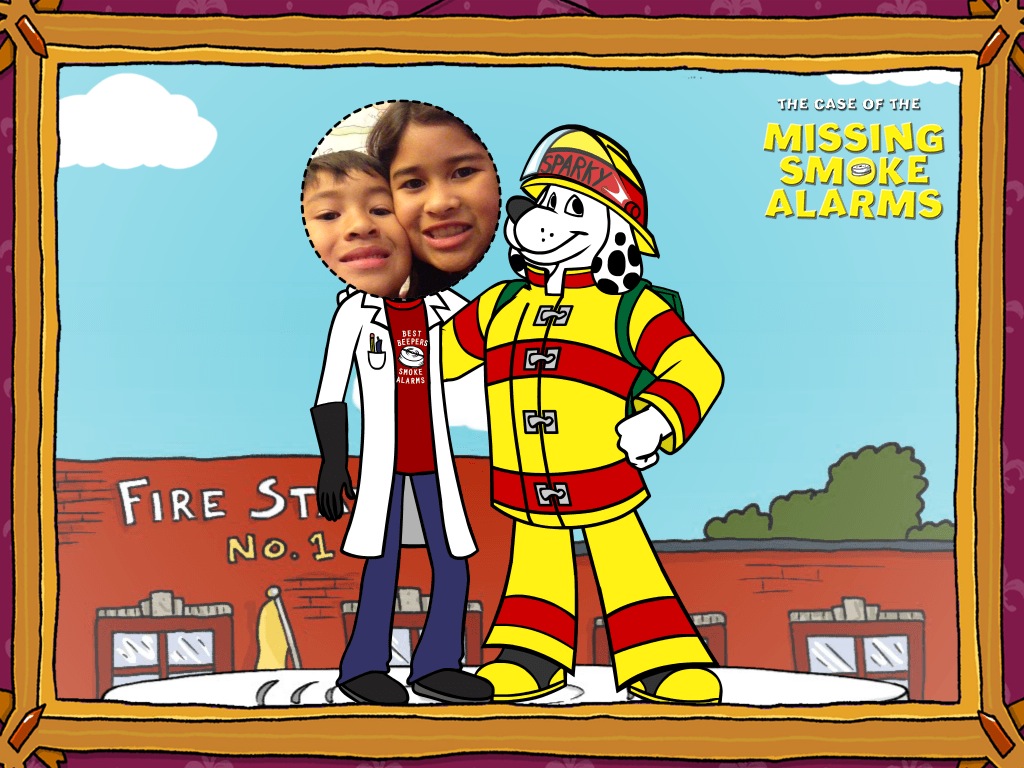 Sandie and her husband Hans enjoy playing with their three kids, two of whom are elementary schoolers and one of whom is a busy middle schooler. New York transplants to the DC area, they live in Silver Spring.