By contributing writer Ashley Derr, who received complimentary tickets to the show for review purposes.

Disney On Ice’s newest offering, Mickey’s Search Party, is the best Disney on Ice show my family has experienced so far (and we have seen a few!). The premise of the show is that Tinkerbell has been trapped by a group of Captain Hook’s pirates and can only be freed once the “Magic Meter” is full. Mickey and his Clubhouse crew set out to fill the Magic Meter by journeying through vignettes from different Disney movies. 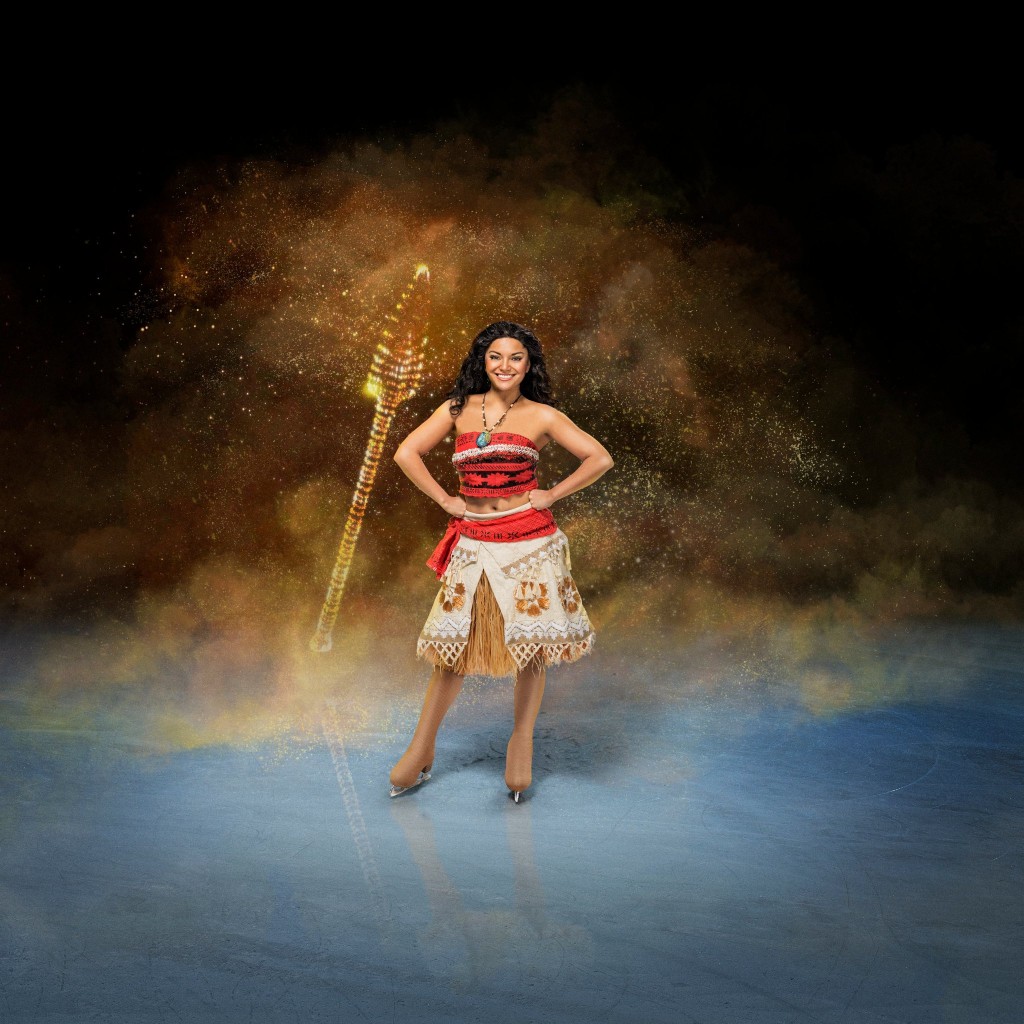 The first half of the show features visits to the classics Beauty and the Beast and Toy Story 2 as well as new favorite Moana. The “On Ice” description doesn’t do enough to capture the full scale of the production, which also features aerialists, acrobats, and gymnasts. My 3-year-old and 6-year-old gasped in delight the first time the silverware took to the air on aerial silks during “Be Our Guest”, and we were all impressed by the acrobatics displayed by the toy soldiers during the Toy Story segment. The first half of the show ended on a high note with a fantastically colorful and energetic visit from Miguel and the rest of the Coco crew that was a real showstopper.

The second half of the show featured pairs skating (and more gasp-inducing aerial tricks) by Ariel and Prince Eric as well as Jasmine and Aladdin. Before the show my son said he was positive that it would feature Frozen because, well, it’s a show on ice. How could it not? Sure enough, Elsa, Anna, Olaf and Kristoff performed the grand finale. Although Frozen has been a staple at Disney on Ice for several years now, it’s still very much a crowd favorite, and without giving anything away I’ll just say that this year’s take on Frozen was the most entertaining we’ve seen yet.

Disney On Ice: Mickey’s Search Party tickets are available for shows now until Oct. 7 at EagleBank Arena in Fairfax, Va.

Ashley Derr is a drama educator and mother of three in Silver Spring, Md.