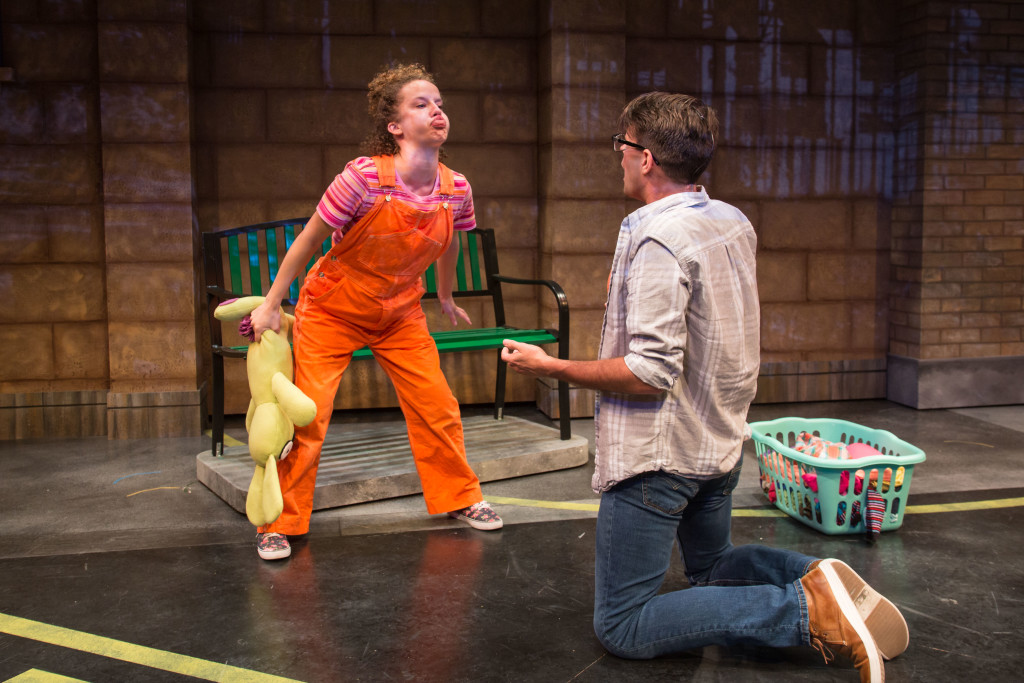 This post was written by our contributor Melissa Moore.

If you’ve ever crawled through the detritus of your car’s backseat in the dark to find a lovey after a bedtime meltdown or returned to a playground to retrieve a favorite forgotten ball cap, you’ll immediately identify with baby Trixie’s mom and dad as they journey to the laundromat in search of Trixie’s lost Knuffle Bunny. The Adventure Theatre’s new production, Knuffle Bunny: A Cautionary Musical, tells the simple story of the young toddler Trixie’s trip to the neighborhood laundromat with her father; of course, as all parents know, a trip anywhere with a toddler can never be a simple undertaking.

As expected, the star of the show is Trixie, played by Suzanne Lane; Trixie’s tight curls and bright orange overalls are reminiscent of many toddlers we see on a daily basis in our own neighborhood. While Trixie’s baby babbling in both prose and song mesmerized my children, I found her adult-sized version of the toddler tantrum to be comically realistic and undoubtedly this mama’s favorite part of the hour long show.

The overly optimistic, idyllic Dad (Scott Harrison) is likely to give most parents a chuckle. The loving relationship between father and daughter is played out scene after scene in the adorable musical. Let me suggest to fathers of preschool girls, that Knuffle Bunny: A Cautionary Musical might just be the most perfect first father-daughter theater date possible.

At ages 6 and 7, my kids still love Mo Willems’ books; our current favorites are the Elephant and Piggie series, which my son reads practically every night.  Despite having a bit of an Elephant and Piggie obsession, one of my son’s most favorite things about Willems’ books is to search for Pigeon throughout Willems’ collection of children’s literature; this mama had so much fun watching her son’s face light up when Pigeon made an appearance in Knuffle Bunny: A Cautionary Musical. Fans of Mo Williems will certainly not be disappointed in this stage production of the book Knuffle Bunny: A Cautionary Tale, which was first inspired by Willems’ outings with his own daughter, Trixie.

Finally, congratulations are in order as Knuffle Bunny: A Cautionary Musical marks the beginning of Adventure Theatre’s 65th Anniversary Season which includes: The Lion, the Witch and the Wardrobe, Ella Enchanted, Aladdin and the Wonderful Lamp, and Junie B Jones is Not a Crook. 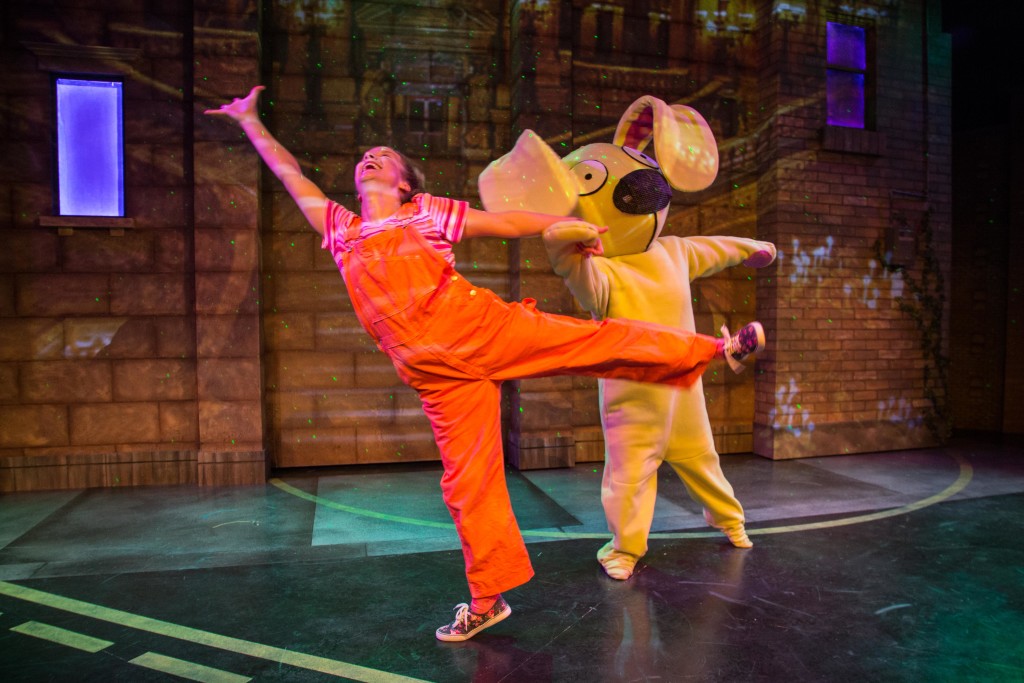 Knuffle Bunny: A Cautionary Musical is on stage in Glen Echo Park through October 23rd.

Melissa Moore writes travel stories for Trekaroo and is mom to two energetic young children who wake up at the crack of dawn asking, “Where are we going today?”