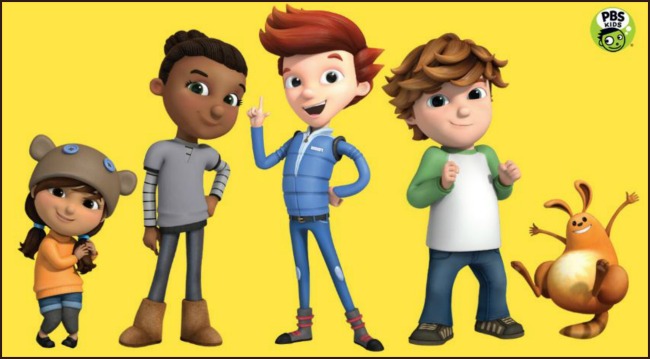 I’ve been a PBS KIDS VIP (Very Important Parent) for five years now, and I never cease to be amazed at the quality of their children’s programming. Even though two of my kids have aged out of the shows, they still watch along with their little brother if it’s a show they particularly like. READY JET GO! is one of those that all three of my kids watch for different reasons. My 7-year-old son loves everything about it, particularly the  my 11-year-old daughter thinks it’s cool that a female planetary scientist (Dr. Amy Mainzer) hosts the special live-action interstitials, and my 14-year-old son enjoys showing off how much he already knows about astronomy.

READY JET GO! takes viewers on a journey into outer space, building on children’s curiosity about science, technology and astronomy. The series follows two neighborhood kids: Sean, who has an all-consuming drive for science facts, and Sydney, who has a passion for science fiction and imagination. They both befriend the new kid on their street, Jet Propulsion, whose family members happen to be aliens from the planet Bortron 7. Together, they explore the solar system and the effects it has on the science of our planet, while learning about friendship and teamwork along the way.

I checked with my colleague’s review at Common Sense Media and discovered the show earned five stars and is rated as most appropriate for kids ages 4 & up. Here’s an excerpt from Emily Ashby’s review:

Thoroughly engaging and packed with educational content, this exceptional series is a fun way for kids to learn about science and astronomy. Jet’s excitement for the human experience is matched only by Sean and Sydney’s eagerness to learn all about outer space; put the three of them together, and it’s a true celebration of the joy of discovery. Whether it’s executing a rescue mission for a Mars rover or combining daily chores with experiments in force, Jet and his friends have a lot to teach kids through their own experiences.

After watching the show, we extended the experience thanks to some goodies our friends at PBS KIDS sent us as a viewing kit. My 7-year-old put together a build-it-yourself telescope, and we played a space matching game, and played with this water rocket. Thanks to the show and the activities, my husband and son had a great conversation about science and space. Now my son makes us DVR the show and thanks to Dr. Mainzer’s segments, asked us how you get to work at the Jet Propulsion Laboratory (Cal Tech Class of 2030, anyone?). That would be awesome! 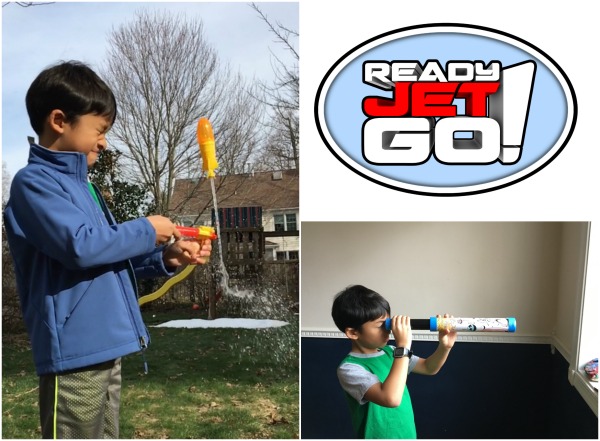 Watch a clip from “Moon Mission”

In case you’ve missed READY JET GO! on the air, you can watch full episodes, educational messages from Astronomer Amy, and a Space Station Feed at the show’s page on PBS KIDS.

Here’s the READY JET GO! schedule on WETA and the PBS KIDS slate on MPT. If you’re not in the DC area, check your local PBS listings for when READY JET GO! airs locally.

Sandie is the Editor of The DC Moms and also a senior reviewer at Common Sense Media. She has been a PBS KIDS VIP ambassador for five years.