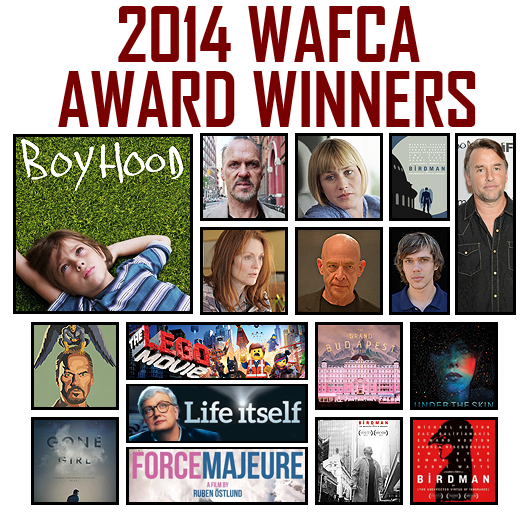 I know a lot of parents with young children have trouble getting to the movies. As Allison explained in her post about the new ArcLight Theaters, it’s tough for some parents to justify a date-night in which you’re just sitting alone in the dark not speaking. That’s why it’s so important to know which movies ARE worth the considerable investment of a babysitter and a night away from the family.

As a member of the Washington Area Film Critics Association (WAFCA), I’m lucky enough to be one of 55 area critics who vote on the best films and screen performances each year. After a year of going to the movies watching screeners at home, our group chose “Boyhood” as the best film of 2014, as well as Richard Linklater as the best director for the same movie. Here is our list (not everything I voted for made the final cut, most notably “Selma” directed by Ava DuVernay), but I encourage you to put all of these movies on your “must see” list.

Best Acting Ensemble:
Birdman or (The Unexpected Virtue of Ignorance)