Go, armed, to ‘God of Carnage’

Go, armed, to ‘God of Carnage’

How’s this for a first date night in two years: a play that shows parents – and spouses – for the crazy souls we all really are inside. 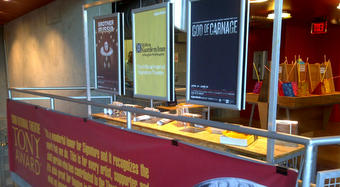 My husband and I didn’t know a whole lot about Yasmina Reza’s Tony Award-winning play God of Carnage, except that it was something like Edward Albee meets helicopter parenting. (My guy thinks he made that up himself, but it might have been Wikipedia. Either way, it’s spot on.) I didn’t even know it had been made into a movie with Kate Winslet and Jodie Foster. Clearly, I don’t get out much. But I do think about parenting quite a lot!

Signature Theatre in Shirlington is about a mile away from our home, and we’d been offered tickets. It took me two months and the return of our favorite babysitter for me to give the thumbs up to the outing. In the show’s final week on stage, and for the first time since our second child was born almost two years ago, my husband and I actually let someone else put our kids to sleep and we went out.

Nevermind that while we waited for dinner to come we discussed – with calendar and home renovation schedule on the table at Busboys and Poets – scheduling our impending move, a family reunion in Michigan, and my trip to BlogHer, all within the space of two weeks. It was still a luxury to have the undistracted time to talk and eat without getting up, standing up, or picking someone up. 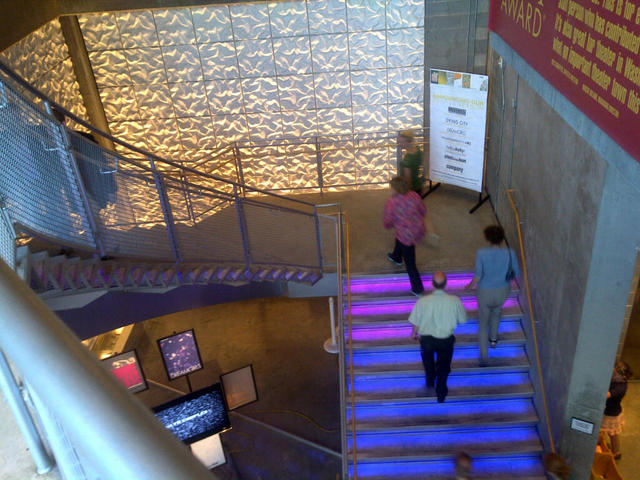 I still had kid-think on, though, as we climbed the rainbow-lit staircase leading up to the theatres in the industrial-cool Signature building and commented how much my son would like the lights. But the play was no trip over the rainbow. It was kind of like crouching for cover in a hail storm. It was intense.

You probably know more about the plot than I did: one child has knocked out another’s teeth on the playground, and the two sets of parents discuss how to resolve the issue, or have the kids resolve it. But the discussion quickly turns into an exercise of revealing the individuals’ true natures and the rough spots in their marriages.

I was at once relieved to see other people living out more dysfunctional patterns than hubby and I have but also a little chagrined to see parts of myself and of our longstanding arguments getting prime stage time. It’s good to know I’m not alone, but only raise the mirror so close to my wrinkles!

The actors did an admirable job holding court for the full, uninterrupted 90-minute one-act. The play, which takes place in a living room with just the four adults, creates a feeling of captivity. The characters can’t part ways until they have some kind of understanding, but they all would like to escape from each other and from themselves.

The characters, all superbly acted, move from putting on their best faces at the outset to showing their most intimate ugliness. I was fully along with them for the ride. The only trouble I had was in figuring out what type of home this was supposed to be and what type of statement was being said about economic class.  The curlicued design on the wall beyond seemed a little out of place amid so much realism and set against modern furniture and an blue abstract painting that reminded me of a galaxy photo. But then again, I’m in the middle of a home renovation and can’t figure out my own style, so maybe I’m just projecting.

There was a lot of projecting in this play. As someone who has largely abstained from most forms of dramatic entertainment in the past few years in favor of sleep and laundry, I found it fascinating to watch the interactions between the couples and within the couples play out. I’m still thinking about the heft of the line that went something like: “Children consume your lives. And then they destroy them.”

Even if we dearly love our kids and see our parenting as part of the richness of our developing psyches, you have to admit that it’s possible to sometimes feel like your life has been at least consumed. And, I guess, the life you once knew will never again surface in the same way, without concerns and worries and also the joys that you experience when you’re responsible for a smaller living being. Destruction of the ability to ignore stuff without repercussions.

There was plenty of humor in the play, but its weight was the big takeaway feeling for us. That is the mark of powerful writing and acting. I expect my husband and I will be talking – and maybe thinking and not talking – about the insights the play afforded us for a long time to come.

The play closes Sunday and is definitely worth seeing. Take an hour and a half to get inside other people’s heads. And take a night to get away from your own life-consuming little monsters.

I received complimentary tickets to attend this play and was not required to write anything about it. If only I’d realized before it was 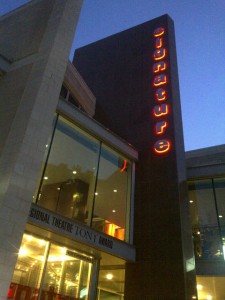 over that Supreme Court Justice Sonia Sotomayor was in the audience, I could have provided a tip to The Reliable Source about where she laughed and gasped.

Jessica Clarie Haney is hoping to get out more now that she knows her babysitter can get her kids to sleep much better than she and her husband can. Lately she’s been chronicling her home renovation at Conjuring Home. Her blog about natural living (most of the time) is Crunchy-Chewy Mama.