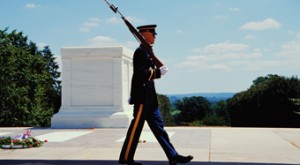 Forget the recent earthquakes, hurricane, and flash floods, we live in a highly desirable area. Bloomberg Businessweek.com announced it’s first Best Cities ranking of 100 cities in the US based on criteria including recreational and cultural amenities, availability of green space, public school performance, percentage of populations with bachelor’s degrees, poverty levels and air quality. Based on these criteria, Arlington ranked second, just behind Raleigh, NC and and Washington, DC came in sixth.

Arlington is noted for its highly educated population, low levels of foreclosure, and low unemployment level. It also has 8.4 acres of park space per 1,000 residents. Washington, DC has the lowest foreclosure rate on the list, and no surprise, fantastic cultural and and recreational amenities. On the negatives, Businessweek.com cites the city has having the second highest level of crime and a poverty level that affects nearly one in five citizens.

While rankings from publications such as these are always fun to use as bragging rights with friends, the truth is, they merely confirm what those of us who live in the Metro DC area have known all along — we are fortunate to live in this area. There are, of course, many faults (so easy to enumerate while sitting on the Beltway during rush hour). But as a Northern Virginian, I tell my friends, “I go east to see the museums, I go west to see farmland – either way, I’m never more than 25 miles  from something wonderful!” Mere miles from my house is fantastic county parkland with a nature program my children have enjoyed literally all their lives. Our public schools are always top-ranked. Reasons to say here go from the macro level (government contracting jobs make for a more stable economy) to the micro level (we have extremely nice neighbors who all watch out for each other). Though for us, living in the DC area was meant to be merely a two-year pit stop in life that has now stretched into nine years and is looking pretty permanent, we have come to count our blessings for the detour.  We moved here from

Yes, it’s easy to complain about weather and traffic, but sometimes it’s nice to remember just how lucky we are.

When she’s not waxing on about her new hometown, J.J. Newby writes about anything and everything at Caffeine and a Prayer.  Photo credit: Microsoft Image Gallery.