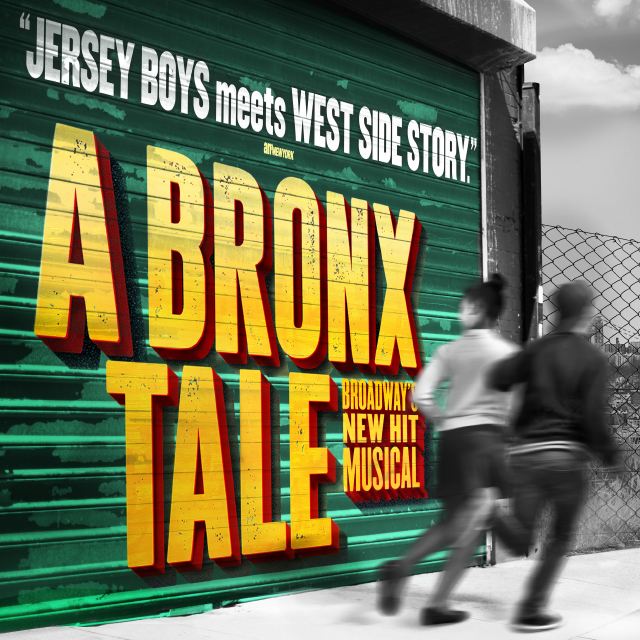 We’ve got another theater ticket away. This one is for the production of the Broadway show A BRONX TALE at the National Theatre. One lucky winner will get two tickets to the opening night performance at 7:30PM on Tuesday, March 26 th. In case you’re unfamiliar with the musical, here’s more information about the show:

A BRONX TALE – Broadway’s hit crowd-pleaser takes you to the stoops of the Bronx in the 1960s, where a young man is caught between the father he loves and the mob boss he’d love to be. Bursting with high, energy dance numbers and original doo-wop tunes from Alan Menken, the songwriter of Beauty and the Beast, A BRONX TALE is an unforgettable story of loyalty and family. Academy Award® winner Robert De Niro and Tony® winner Jerry Zaks direct this streetwise musical, based on Academy Award nominee Chazz Palminteri’s story, that The New York Times hailed as “A Critics’ Pick! The kind of tale that makes you laugh and cry.”

To enter the giveaway, simply comment here or on our Facebook page by 10AM ET tomorrow Friday, May 22nd, 2018. Answer the following question: What Broadway show based on a movie is your favorite? I will randomly select a winner tomorrow morning!