Anything Goes at Arena Stage Is a Must-See Musical

Anything Goes at Arena Stage Is a Must-See Musical 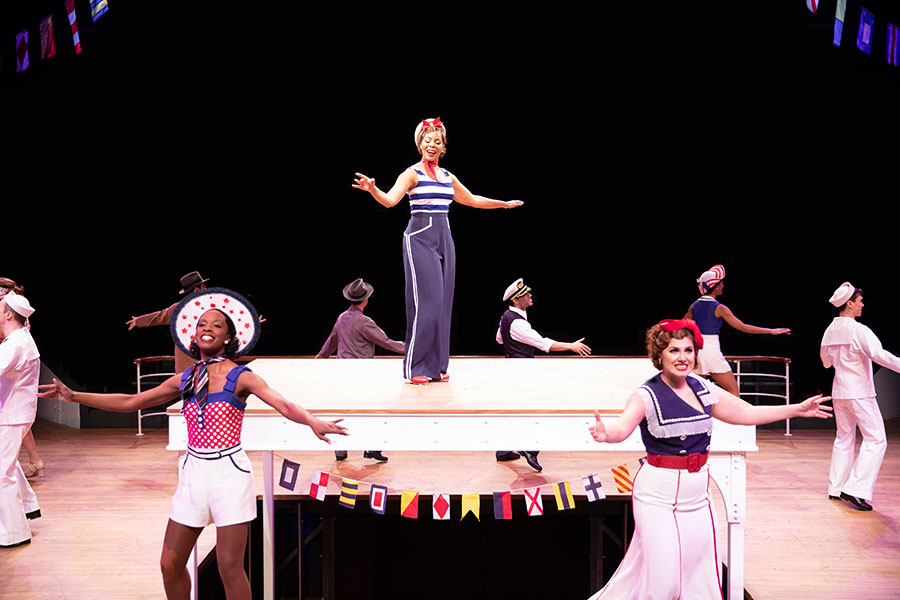 The musical ANYTHING GOES  is currently running in its final week at Arena Stage, and if you love musical theater, particularly classics and revivals, you will find a way to see this before its final show, Dec. 23rd. This is one of the very best shows I’ve seen at Arena Stage in my 11 years living in the Washington DC area!

The SS American has set sail from NY to London. Aboard, the lovelorn Billy has stowed away on a mission to stop the marriage of his mystery muse, heiress Hope Harcourt, to the millionaire Lord Evelyn Oakleigh. Now, it is up to Billy with the help of showgirls, sailors and public enemy #13, to find, woo and win back his true love. Unlikely alliances arise as mischief and mayhem ensue in this madcap musical by beloved composer and Tony Award winner Cole Porter. It’s the perfect night out at the theater — contagiously fun and pure “musical comedy joy!” (New York Times)

I’ve loved Anything Goes since I was a young girl and saw the late 1980s revival with Patti LuPone on Broadway. That was an incredible show, and I was particularly drawn to the tap-dance numbers, because while I was a fairly terrible ballerina, I loved to tap. As I told my husband at the Arena Stage production — a good tap dance makes you feel better and brings a smile to your face.

What’s incredible about the Arena Stage show is the cast. Corbin Bleu, whom I remember interviewing ages ago when I was a young entertainment journalist, and he was in High School Musical, is unbelievably good. He’s a natural leading man: charming, handsome, and a better dancer than anyone else on the stage. Bleu is a true triple threat. His Billy Crocker is a thing of beauty. 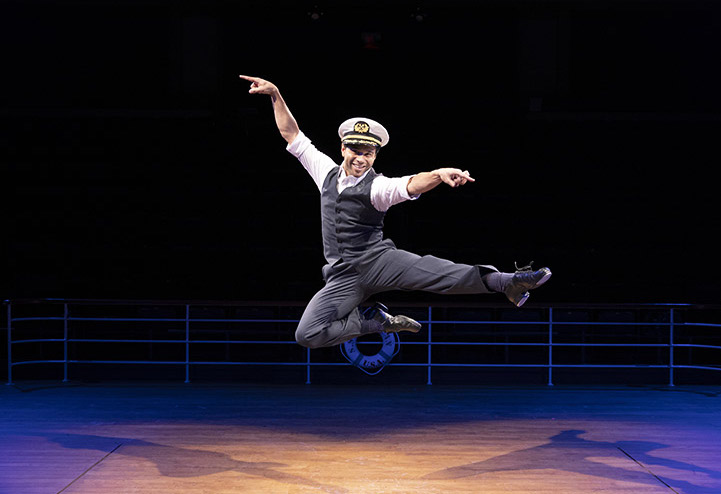 Luckily he’s also surrounded by a talented cast, most notably by Soara-Joye Ross as Reno Sweeney. She’s brassy and sassy, and makes the larger-than-life character her own — not simply an imitation of the famous divas who’ve played Reno before her (Sutton Foster, Patti LuPone,  and Ethel Merman). Ross is vibrant and worldly and mischievous, not to mention funny. Joining Bleu and Ross are Stephen DeRosa as hilarious second-tier gangster Moonface Martin; Lisa Helmi Johanson as the ingenue debutante Hope Harcourt; Lisa Tejero as her elegant mother Evangeline Harcourt; and Thomas Adrian Simpson as financier Elisha Whitney.

Because the Fichlander is so much smaller a theater than the huge Broadway stages in New York City, the dance numbers feel both epic and intimate at the same time. Audiences are almost interacting with the cast as the hoof it up. It’s a memorable experience, and there’s literally not a bad seat in the Fichlander!

My husband and I especially loved the following numbers, most of which are standards we sing along to on a regular basis: “I Get a Kick Out Of You,” “You’re The Top,” “It’s De-Lovely,” “Blow, Gabriel, Blow,” and of course, “Anything Goes.” Times have changed, but one thing remains true: ANYTHING GOES is a fantastic musical!

ANYTHING GOES is at Arena Stage’s Fichandler Stage until Dec. 23rd (1101 Sixth Street SW). Tickets are still available, depending on the day and time of the performance: Get tickets here. The show runs approximately 2 hours and 45 minutes, including one 15 minute intermission.

Turn your outing into dinner and theater by eating at the Arena Stage Cafe, which always serves show-inspired fare. Make reservations to prepay * save $2 on the pre-fixe menu.