Two Trains Running at Arena Stage Is Relevant and Powerful

Two Trains Running at Arena Stage Is Relevant and Powerful 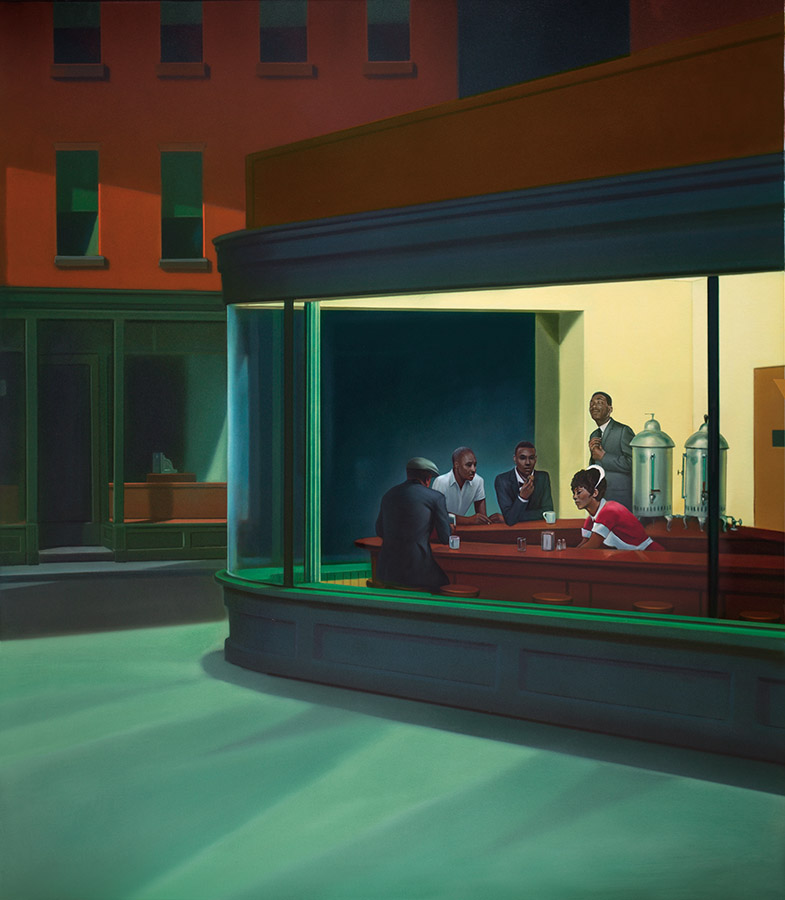 AUGUST WILSON’S TWO TRAINS RUNNING (the seventh in his 10-part The Pittsburgh Cycle)  is currently running at Arena Stage, and I can’t think of a more powerful, relevant play to see this year. It’s not always “easy” to see, but there’s humor and life and hope even during the most dire of circumstances.

It’s 1969 and the civil rights movement is sending tremors through Pittsburgh’s Hill District. At the center of the community is Memphis Lee’s diner, slated to be demolished – a casualty of the city’s renovation project. Confronted with a rapidly changing world, Memphis and his regular customers struggle to maintain their solidarity and sense of pride. From Pulitzer Prize-winning playwright August Wilson comes this masterpiece about everyday lives in the shadow of great events, and of unsung citizens who are anything but ordinary.

I went to the play just a couple of weeks after visiting Pittsburgh, and that trip was a surprisingly good primer for the conversations about neighborhoods in the play. But you don’t need to know a thing about Pittsburgh to understand the context of the play — 1969’s segregation, discrimination, and injustice.

Memphis Lee (Eugene Lee) knows his diner isn’t a cash cow, but he owns the building, one of the few in the black neighborhood not owned by the community’s wealthy funeral director, West (William Hall, Jr.). Both veteran actors, along with David Emerson Toney as diner regular Holloway do a wonderful job discussing the ways the Hill District has changed (or stayed the same). They convey the anger, resignation, determination, and humor of men who’ve seen how black men, even business owners, can be kept down. That’s why Lee won’t allow the City’s redevelopment authority to pay anything less than his magic number to seize his land in the name of urban renewal.

“They don’t know I got a clause of my own. They can carry me out feet first, but my clause say… they got to meet my price!” Memphis yells, when he’s reminded of the eminent domain clause that allows his building to be taken. Memphis’ dogged insistence (and his refusal to sell to West and let him deal with negotiating the cost of his various buildings) are mirrored by the only things a regular customer Hambone (Frank Riley III) says: “He gonna give me my ham.”

Like Hodor from Game of Thrones‘ repeated uttering of “Hodor,” “He gonna give me my ham” doesn’t make sense at first, but just wait. It’s possibly the most important line in the play — simultaneously full of despair and a relentless sort of hope that you will get what’s fairly owed you. Riley may not have a lot of lines, but he manages to show his actorly range by repeating the same line again and again.

Although it’s set in Lee’s diner, the play never feels claustrophobic. There’s a freedom in seeing the diner and its regulars morning, noon, and night. The younger actors are as excellent as their older counterparts. As the sole woman in the play (although not the only woman mentioned), Nicole Lewis’s Risa more than holds her own. She is single by choice, a feminist sick of the narrow, narrow roles black women are given to play in the world. And then there’s Carlton Byrd as Sterling (a role once played on Broadway by Laurence Fishburne) who has just gotten out of prison. Byrd is extraordinary as the young ex-con who just wants a chance — for love, for work, for a life — is poignant.

If you love theater and amazing ensembles, see this play. 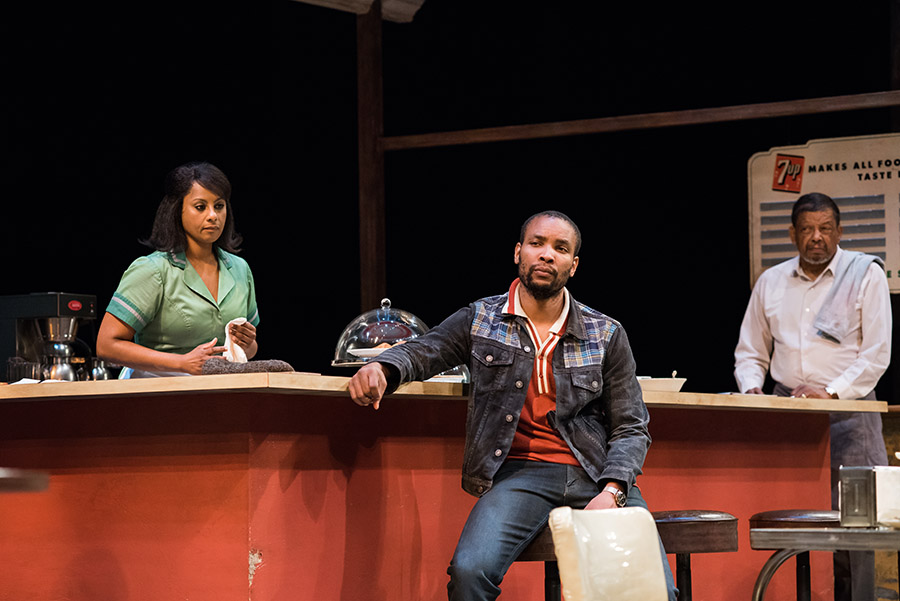 TWO TRAINS RUNNING is at Arena Stage’s Fichlander Theater until May 6. Tickets are still available and range from $66-$111, depending on the day and time of the performance: Get tickets here. Runtime is 3 hours, including one 15-minute intermission. The performance includes violence, drug use, and strong language. Parking is available for $19 for advance reservations (202-488-3300) or on a first-come, first-served basis the night of the performance for $22.