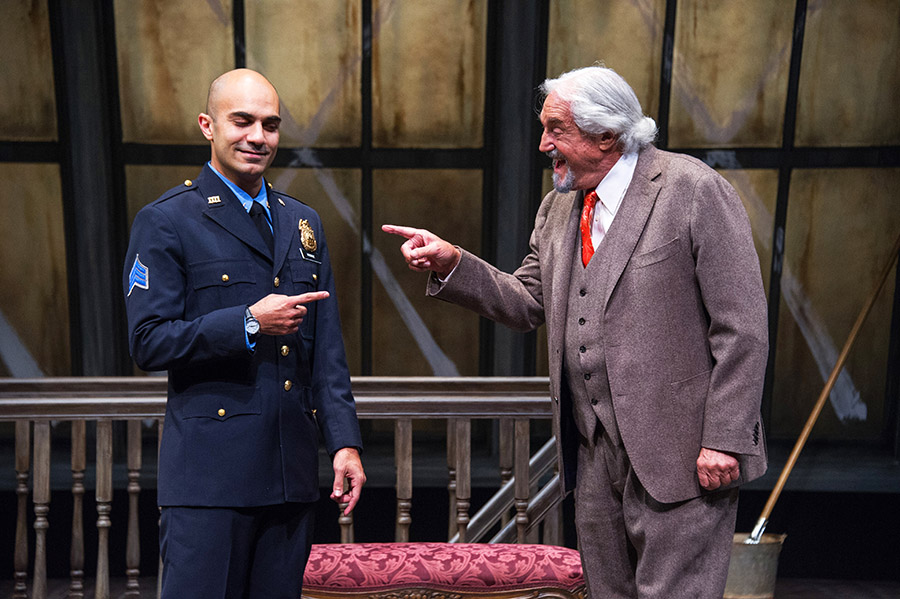 Arena Stage‘s new production of Arthur Miller’s play THE PRICE (directed by Seema Sueko), starring Hal Linden, is a fascinating exploration of the many ways life as part of a family exacts an emotional cost. Considering the Tony Award-winning Linden is 86, he was made for the role of Gregory Solomon, the 90-ish furniture appraiser.

“Everything has a price — even our dreams. Victor Franz has returned home to settle his late father’s estate. In an attic overflowing with memories and furniture he meets the enigmatic Gregory Solomon (Hal Linden), a professional appraiser committed to turning a profit off Victor’s past. But before a bargain can be struck, an estranged brother enters the scene to reframe Victor’s memories and force them both to reconsider the true cost of personal sacrifices. One of the most personal plays by an American theater giant, Arthur Miller’s The Price is “as relevant today as the day it was written.” (The Hollywood Reporter)

I was a little girl when the TV show Barney Miller ended, but I remember my family watching it on reruns, and my much-older siblings have told me it was one of the most diverse casts on network television at the time. Fast forward 35 years since the final season of Barney Miller, and it’s incredible to think about what a long and accomplished career Hal Linden has had on the stage and screen.

Go to The Price for Linden, but stay for the standout performances by Maboud Ebrahimzadeh (above left), who plays Victor Franz, and Pearl Sun, who plays Victor’s wife Esther. Director Sueko shows that multi-ethnic casting works (because otherwise virtually every classic play not by Lorraine Hansberry would feature an all-white ensemble). Even my theater-loving octogenarian date loved seeing actors who wouldn’t have been cast back in 1968 when the play first opened. 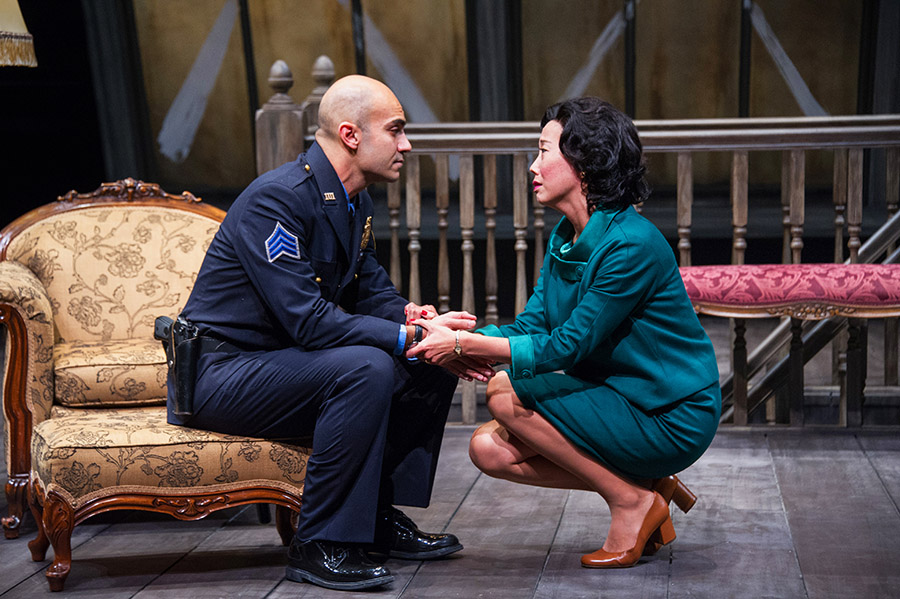 The play is in many ways universally relatable to anyone 40 & up,  because it revolves around estranged middle-aged siblings dealing with their late parents’ belongings. It takes place in the attic apartment of a Manhattan brownstone, which is cluttered with old but beautiful furniture from the 1920s, before Victor’s father lost his fortune in the 1929 crash.

Victor and Esther are hoping the appraiser will give them a decent price, but missing from the proceedings (until the end of the first act) is Victor’s older brother Walter (Rafael Untalan), a surgeon who doesn’t have time to return Victor’s phone calls, much less show an interest in their dead father’s stuff. But as anyone who has been mourned a dead parent knows, stuff is never just stuff, something Victor (who wants to take Solomon’s price) and Walter learn the hard way.