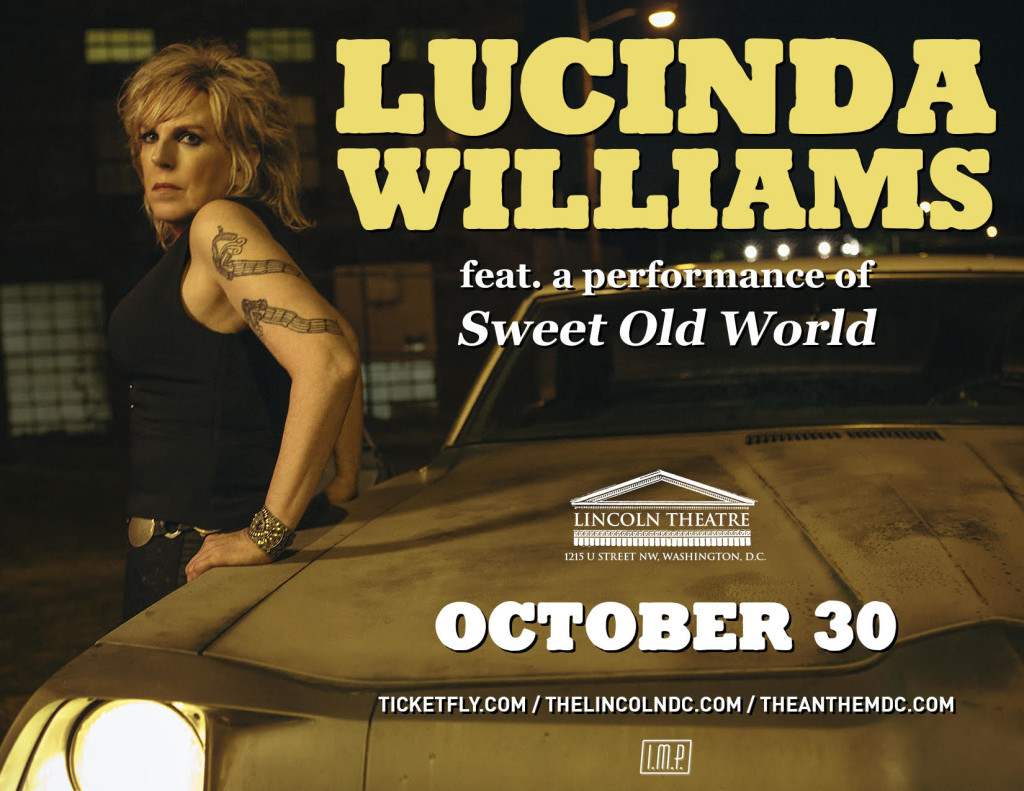 Lucinda Williams Featuring a Performance of Sweet Old World at The Lincoln Theatre on Oct. 30
Once again we’re thrilled to offer two tickets to an upcoming I.M.P. show: Lucinda Williams, who is performing songs  from her 1992 album Sweet Old World. The 25th anniversary concerts are in support of This Sweet Old World, a complete re-recording of her 1992 album, which features signature Williams songs such as the title track “Sweet Old World,” “Six Blocks Away,” “Something About What Happens When We Talk,” and “Pineola.”
The re-recorded songs have been critically acclaimed, and any Williams fan will want to see her perform from her iconic album:

From a musical standpoint, This Sweet Old World is a genuine improvement over the original LP. Here Williams is backed by her road band, and they give the material an approach that feels more organic, especially with Stuart Mathis on guitar, while their push-and-pull with Williams’ vocals boasts more nuance.
–All Music

Listen to her updated rendition of “Six Blocks Away”:
To enter to win two tickets (you will be asked to show identification at will call), please leave a message here or on Facebook by Friday morning at 9AM. A randomly selected winner will receive an email confirming they’ve won. @TheLincolnDC #LucindaLincoln For those who want to ensure they get tickets, you can buy them here.