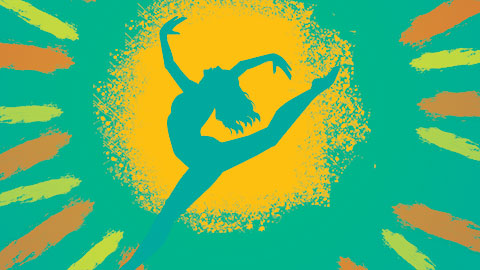 If you’re a DC-area family that treasures live theater, put the following on your must-do list: taking the kids to the Kennedy Center Theater for Young Audiences. Our family has enjoyed every single show we’ve seen there, and the latest, TO SAIL AROUND THE SUN, was no exception. My 12-year-old daughter and I attended the final performance on Sunday afternoon, and afterward we vowed to make an effort to go to more dance performances in the future. Here’s more about the show we attended:

TO SAIL AROUND THE SUN: Four seasons. Four stories. Four dances! Directed by Paul Gordon Emerson, and choreographed by Mr. Emerson and Company | E, To Sail Around the Sun is a unique and moving display of imagination and enchantment set to the timeless music of Antonio Vivaldi’s The Four Seasons. Company | E’s superb dancers grace the stage as the gorgeous score is played by a quartet of National Symphony Orchestra musicians: Glenn Donnellan and Wanzhen Li, violins; Tsuna Sakamoto, viola; and Eugena Chang, cello. All of these artists move seamlessly together to the music in this multimedia work that will take you to the sweet blossoming of spring, the sunny days of summer, the crisp mellowness of fall, and the frosty cheer of winter. Most enjoyed by age 4 and up.

A co-commission between between the Kennedy Center Theater for Young Audiences, National Symphony Orchestra Education, and Company | E, the combination dance/classical music/theatrical piece was only an hour (which makes sense considering how many small preschoolers were in attendance, despite the “most enjoyed by age 4 and up” suggestion), but it still provided a wonderful look at how dance and music, in this case one of the most famous and influential pieces in the Western canon (Vivaldi’s Four Seasons), can come together to form something new, powerful, and memorable. 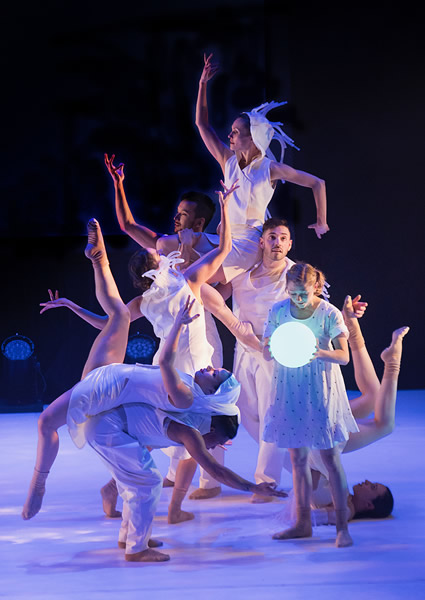 We loved how each of the four seasons (and the accompanying dance) took place on a different continent. Spring was in Australia (pictured above), Summer in Argentina, Autumn in Japan, and Winter in Kazakhstan. Each dance, which was independently choreographed, told a mini story about life in that season, in that place. The protagonist would join in the dances as long as it would take to find the magical glowing “ball” that signaled she could move on to the next season/place. By the end, young audiences discover that on the same day, depending where you are on the Earth, it can be a different season. That’s how large and magical and beautiful the Earth is!

My daughter and I highly recommend attending a Kennedy Center Family Theater performance. We recommend paying attention to the age recommendation and preparing your child(ren) for the show by discussing the themes, run-time, and theater etiquette before-hand.

What if King Lear was told by his closest companion? In this one-woman tour-de-force, Susanna Hamnett plays the Fool–and every other character–to tell a very personal and poignant story borrowing from Shakespeare’s words. Age 9+

Young Titus is in a situation that seems hopeless… he can either give up or fight. This exciting and challenging journey examines the obstacles faced by young people in our modern world and how we learn to find courage within ourselves as we confront those obstacles. Age 13+

Don’t miss a one-man show from Polarbear, one of the UK’s most exciting spoken-word artists. International assassins, secret codes, dog-eating boa constrictors, and more come to life when a boy tries to make sense of his father’s disappearance. Age 8+

NSO Family Concert: Peter and the Wolf in Hollywood, Sunday, May 21

Critically acclaimed Brooklyn-based production company Giants Are Small offers an invigorating new perspective on Prokofiev’s classic, with a narrator and the musicians of the NSO creating all of the sound effects on stage. Age 5+

My family received two complimentary press tickets to attend To Sail Around the Sun, but all opinions are my own, and no further compensation was exchanged.